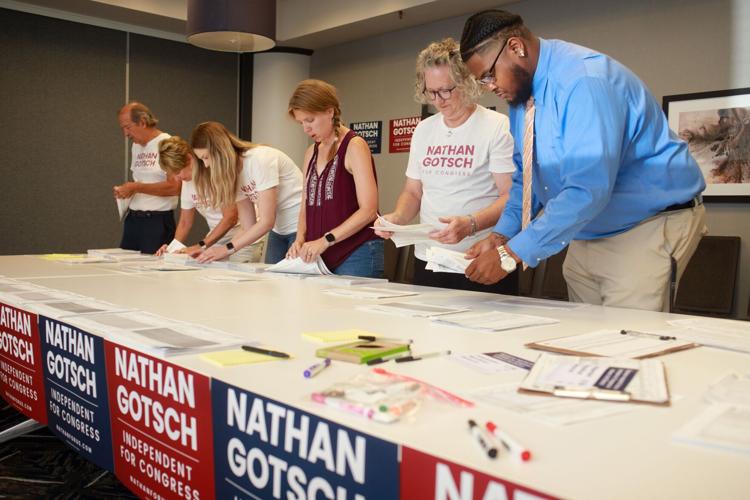 Volunteers with Nathan Gotsch’s independent campaign prepare signatures to be submitted to the Indiana secretary of state on Wednesday. 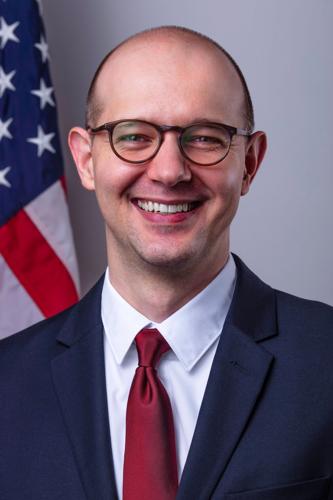 Jim Banks will face an additional challenger for his seat as Indiana’s representative for the 3rd Congressional District.

The requisite number was 2% of the total number of votes cast in the previous general election for secretary of state – in this case, 4,598.

Gotsch, who began collecting signatures in late March, announced in a release that his campaign collected 7,001 signatures from counties in the 3rd District. That’s more signatures than the number of votes received by Banks’ Democratic challenger, Gary Snyder, in May’s primary election.

In the release, Gotsch said the signatures were validated by the counties’ election boards before heading to Secretary of State Holli Sullivan’s office for the final count.

He criticized the ballot access rules that he said make it difficult for non-major party candidates to have a chance at running for office, let alone winning.

“I wish that the Republicans and Democrats weren’t so afraid of an independent candidate,” Gotsch said. “I think it’s good for Democracy to have more voices. I certainly know there’s nothing in the Constitution that says two parties should control our election system.”

A Fort Wayne native, Gotsch graduated from Concordia High School before attending film school at the University of Southern California. After working in entertainment, he came back to Allen County to teach at his alma mater.

Last year, Gotsch started the Bring It Up campaign to encourage people to “bring up” COVID-19 vaccinations in conversation and motivate others to get vaccinated.

Gotsch’s next project will officially start at noon Wednesday, when he formally announces his campaign at Promenade Park in downtown Fort Wayne.

While he knows the likelihood of upsetting Banks in November is small – no independent besides Vermont’s then-Rep. Bernie Sanders has been elected to the House of Representatives in more than half a century – Gotsch said he’s ready for the campaign.

“We are going to have a very difficult, challenging road ahead. We’re certainly the underdog in this race,” Gotsch said. “I think people really like an underdog. The reason people like underdog stories is because sometimes the underdog comes out on top.”