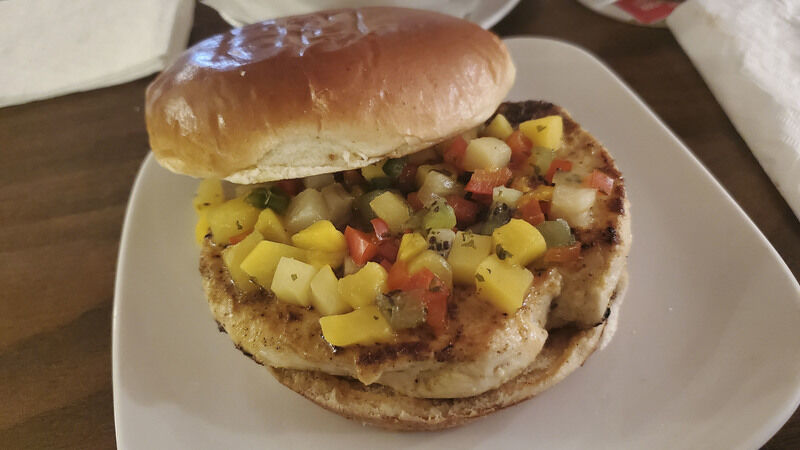 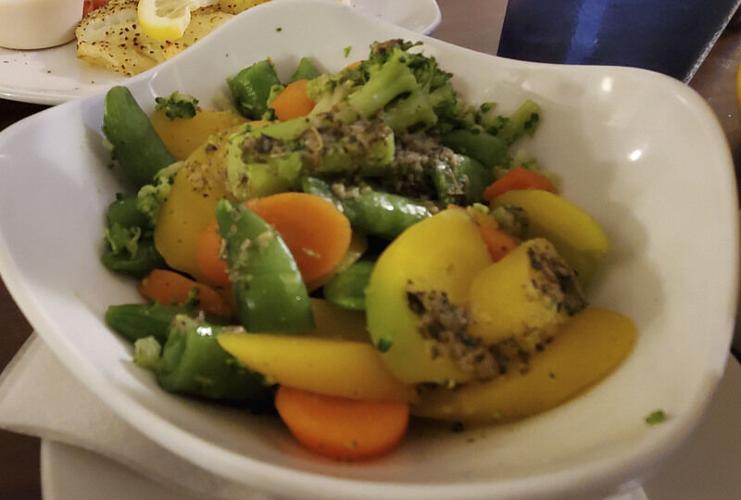 <p>A tasty side of vegetables at Mimi's Retreat in Auburn.</p> 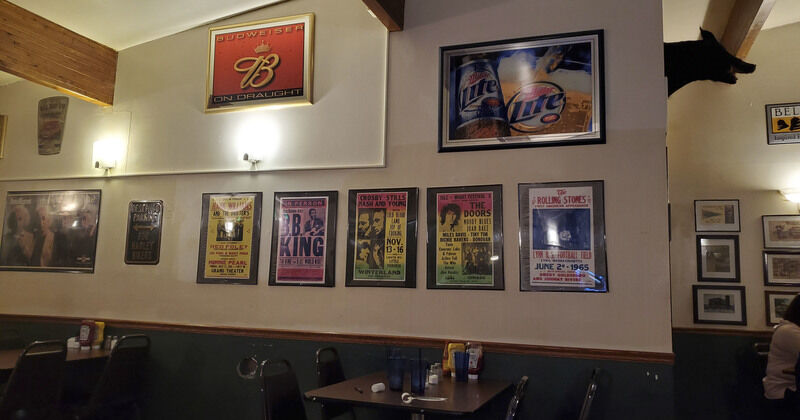 <p>Rock posters are among the decorations at Mimi's Retreat in Auburn.</p> 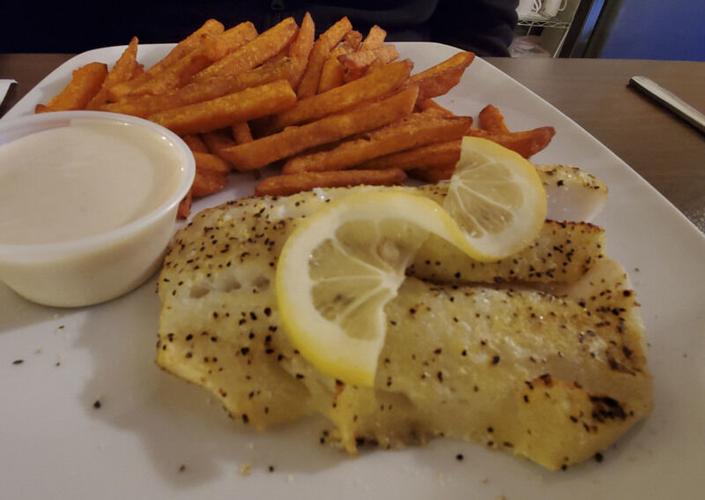 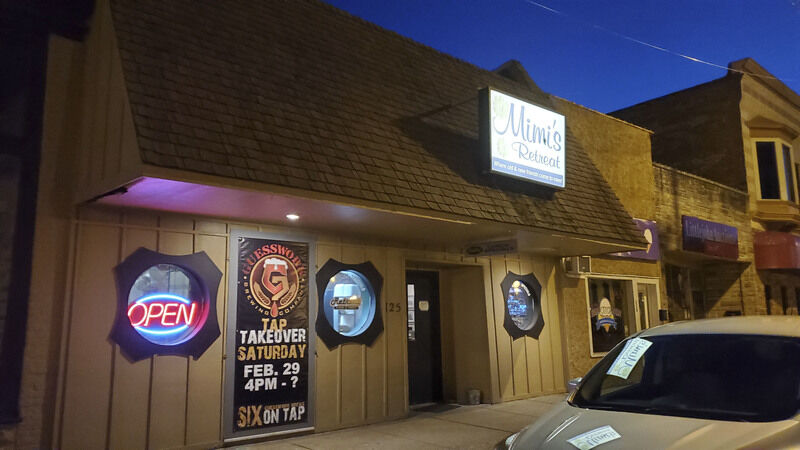 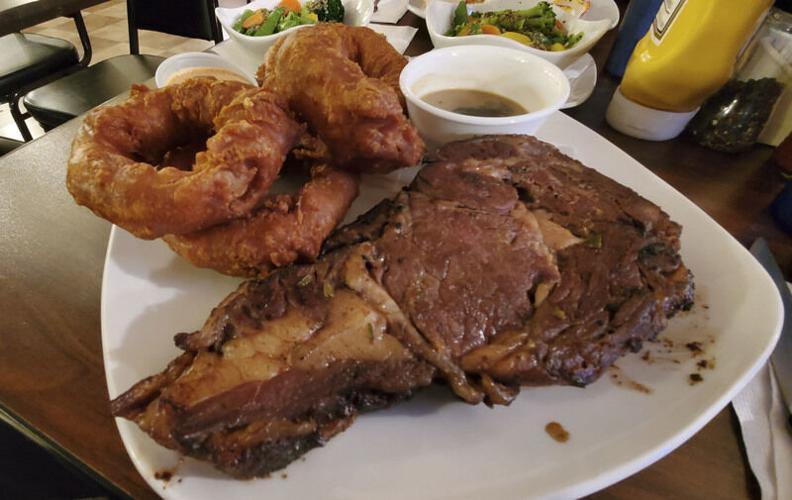 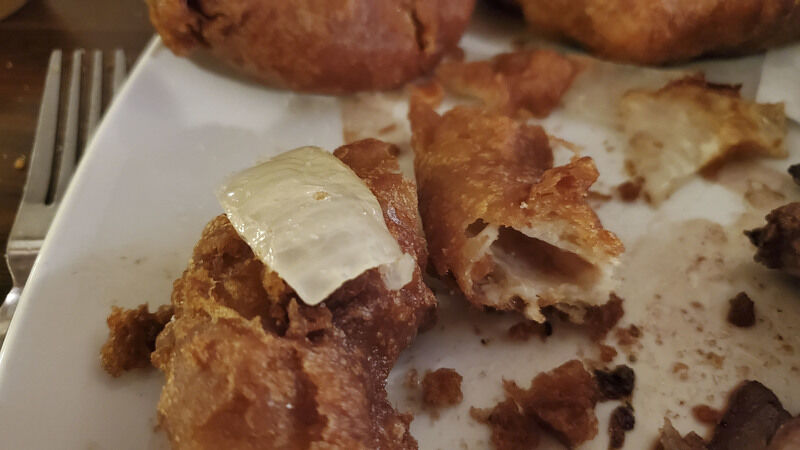 <p>The onions inside the rings were too thin to stand up to the thick batter at Mimi's Retreat in Auburn.</p> 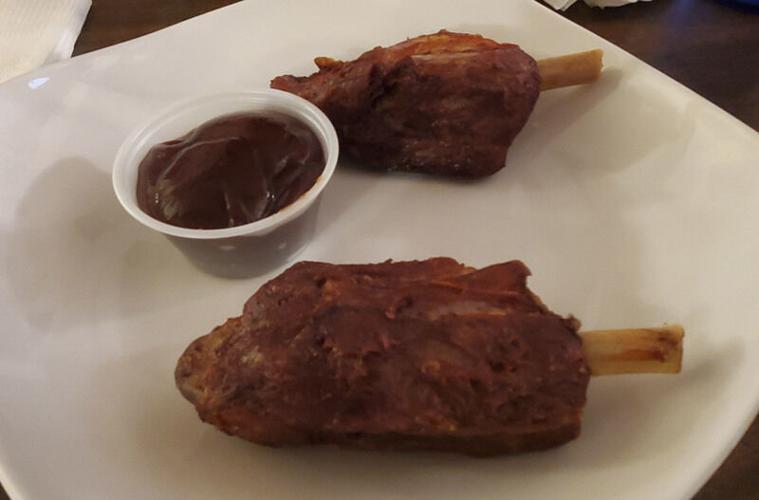 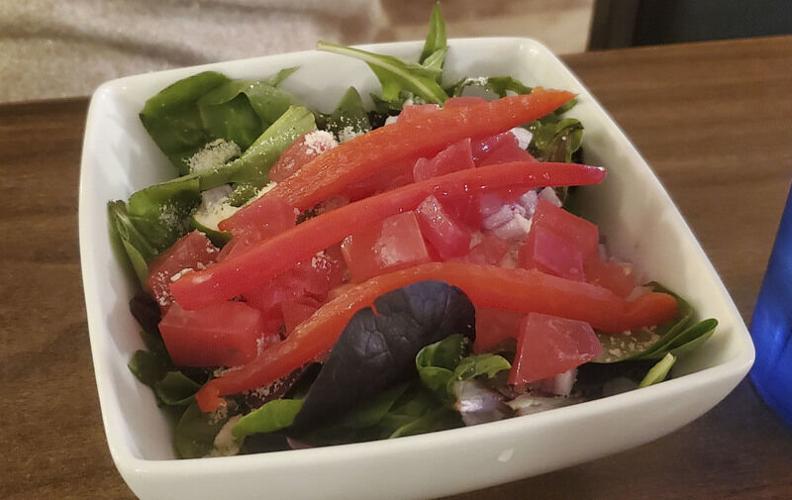 <p>A side salad at Mimi's Retreat in Auburn.</p> 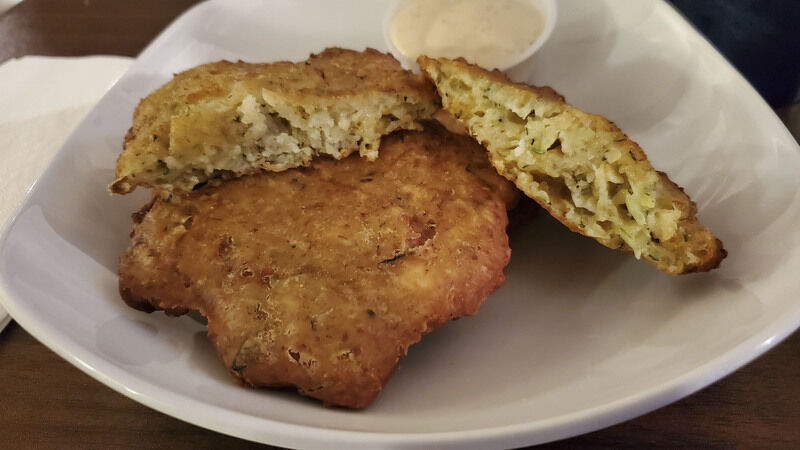 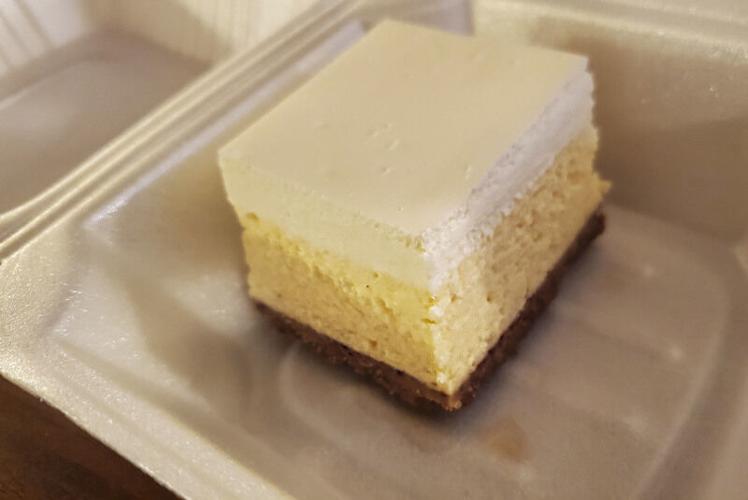 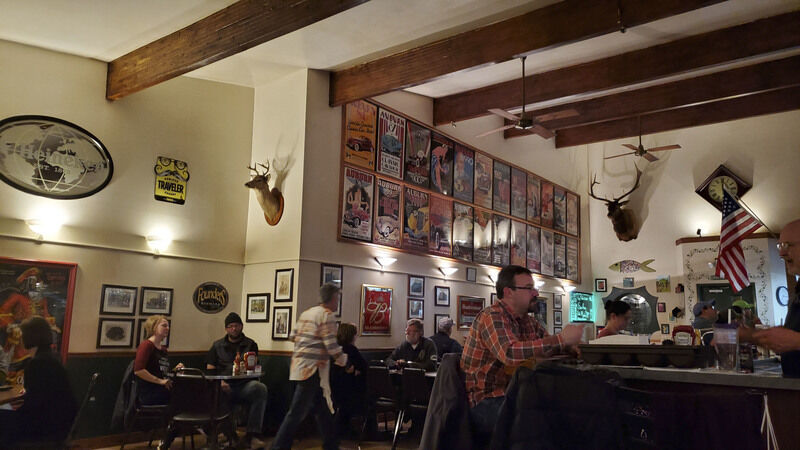 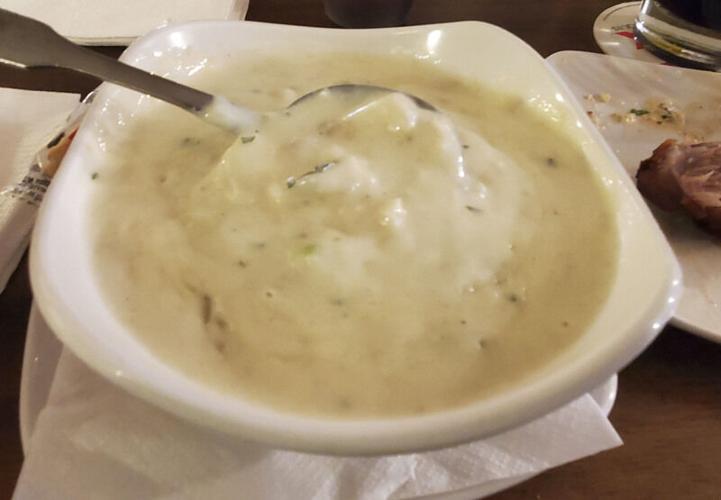 <p>A tasty side of vegetables at Mimi's Retreat in Auburn.</p>

<p>Rock posters are among the decorations at Mimi's Retreat in Auburn.</p>

<p>The onions inside the rings were too thin to stand up to the thick batter at Mimi's Retreat in Auburn.</p>

<p>A side salad at Mimi's Retreat in Auburn.</p>

You don't have to go to a fancy, five-star place to find people committed to fresh food who truly love making people happy and are passionate about their craft.

In Auburn, I found it at a cozy bar right on the downtown square.

Mimi's Retreat is a love affair for owners Mimi Miller and her husband, Van. Mimi is there waiting tables and doing all she can to make everyone's visit a good one, and Van, who she will tell you is “retired,” is in the kitchen helping get the food to the table.

It is not the kind of place where you would expect the farm-to-table approach, and it isn't a hallmark of the place by any means, but Mimi will be quick to tell you that horticulture was her first calling and that your dinner salad will be even better in the summer when the red peppers and tomatoes come from her garden.

Given it is not exactly vegetable-growing weather in these parts, there were some items I loved that might even be better when Mimi can get her hands on the good stuff.

Take that dinner salad, for example. It was not a throwaway bar salad and rivaled those I have had a much higher-end restaurants. The romaine and spring mix greens were fresh and crisp and it was topped with diced tomatoes, red onions and peppers, as well as the sweet red peppers. It was a good salad in the winter and would be great with ripe Indiana tomatoes, even though the ones on it were better than average.

The garlic-Parmesan squash fritters, a featured weekend appetizer during one of my recent visits, were perfectly made with the batter or base being more prominent and the soft squash giving their interior a buttery creaminess that I loved. The seasonings were just right so each of the three patties popped with flavor and the chipotle ranch dressing was the perfect accent. The only thing that maybe would have made them better was a touch of fresh herbs.

A grilled chicken sandwich – usually a mundane choice that I bypass – was lifted to must-try levels thanks to a delicious topping that was also made with fresh ingredients. The curry mango chicken sandwich had just enough curry on the nicely grilled breast to give it that signature flavor without overpowering. The mango salsa on top, however, is what really made it shine.

The cubed mango was sweet and ripe, and it was joined by canned pineapple, mandarin orange, kiwi, sweet red peppers, jalapeño, honey and some dried herbs. It was not a spicy salsa at all and its sweetness nicely worked with the curry.

Herbs lifted the standard mixed vegetable side that came with my broiled cod. Though it was obviously a frozen mix, the snap peas, broccoli and orange and yellow carrots all had some snap and the herbs lifted it to a pleasant side.

The Pabst Blue Ribbon beer-battered onion rings were not so pleasant. I chose them as a side with my prime rib after finding out Mimi's was out of baked potatoes during a late dinner visit. They were highlighted on the menu, too, and could be ordered as an appetizer.

These huge rings were tantalizing in appearance and quite crunchy, but there was way too much batter and the onions were way too thin. The batter was chewy and bread-like inside and that was all I could really taste.

The prime rib – which, along with the cod, was offered Thursday through Saturday only – was OK and passable for a little tavern like this, but I wished it would have been more tender. The cup of jus flanking it was aggressively seasoned, which added just the right flavor to the meat, but that meat was a bit too fatty.

The fattiness of my barbecued hog wings was welcome. These crispy-fried pork shanks were plenty flavorful with a dunk in the sweet barbecue sauce, and that fat made the inside juicy and delicious. They will be a must-have every time I visit and I will be trying the chipotle barbecued next time.

I also found the potato soup to my liking as it had a thick, rich base, plenty of potatoes and a touch of dill – just like my mom adds to her potato soup.

The Pabst used to batter the wings is far from the only beer available at Mimi's. The list of microbrewery choices – a couple always on tap – made deciding tough, which is a good thing at a neighborhood watering hole.

There are flavored cheesecakes available for dessert, but there was no way I could pass on the homemade cheesecake. Van is in charge of this light, tasty meal-ender and he makes a good one. It has a whipped cream layer on top of the base, which had a touch of lemon, and the crust was also not your normal graham cracker crust and maybe had some cinnamon or nutmeg in it, too.

But you don't have to order dessert if you are there at the right time because there might be some of Van's complimentary chocolate chip-banana cookies you can grab near the front door on your way out. I have never had a cookie quite like these and loved the moistness the overripe fruit provided, and, of course, the chocolate chips go perfectly with those bananas.

That friendly bonus represents the wonderful service everyone gets at Mimi's Retreat. The Millers could not be better hosts.

The Retreat also doesn't look like your typical bar. There are pieces of beer and liquor swag dotting the walls, but the mounted deer heads, gorgeous dark wooden cross members across the ceiling and the beautiful collection of Auburn Cord Duesenberg Festival and classic rock concert posters give it a bit of a museum feel that made me feel comfortable and at home as much as the free cookies and smiling owners.

Kid-friendly: No; 21-over only

Ryan DuVall is a restaurant critic for The Journal Gazette. This review is based on two unannounced visits. The Journal Gazette pays for all meals. Email him at rduvall@jg.net; call at 461-8130. DuVall's past reviews can be found at www.journalgazette.net. You can follow him on Twitter @DiningOutDuVall.