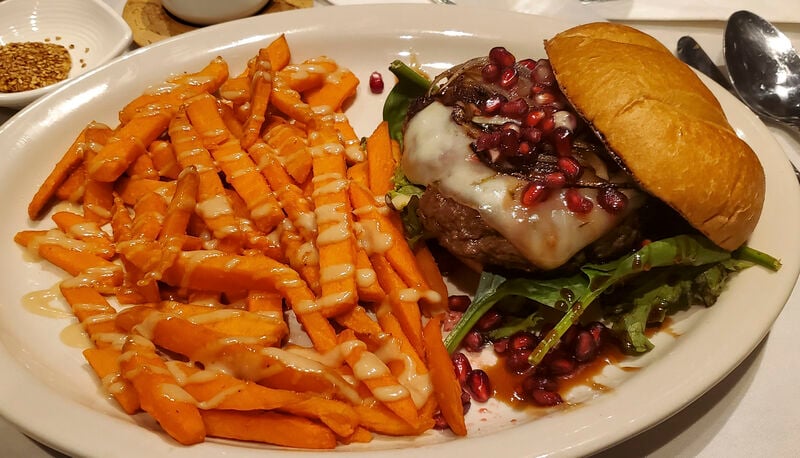 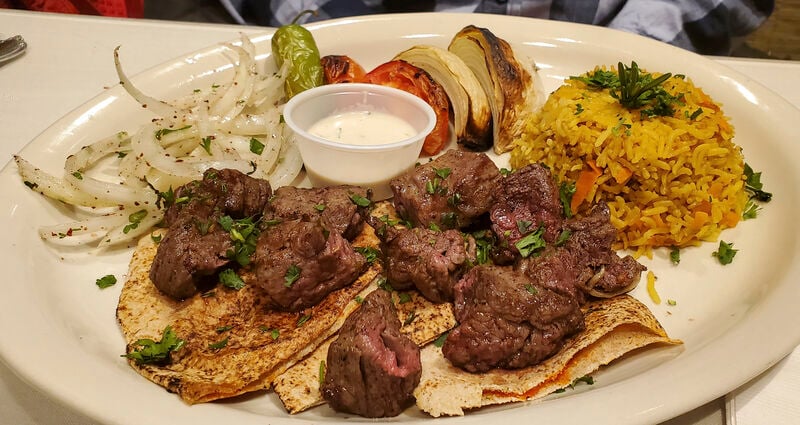 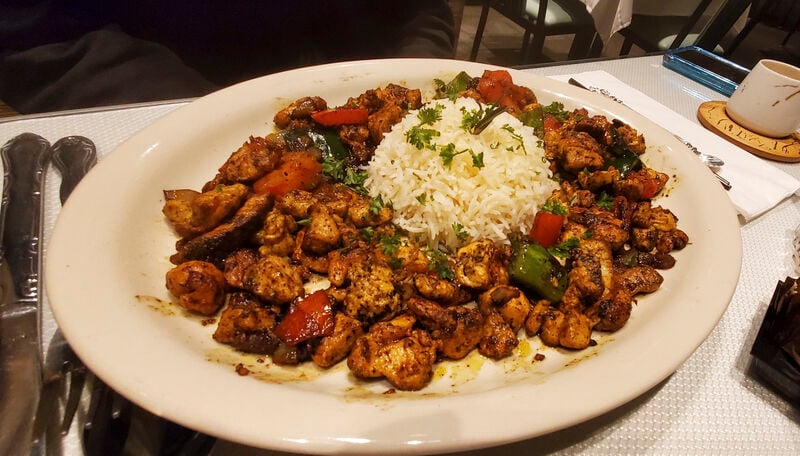 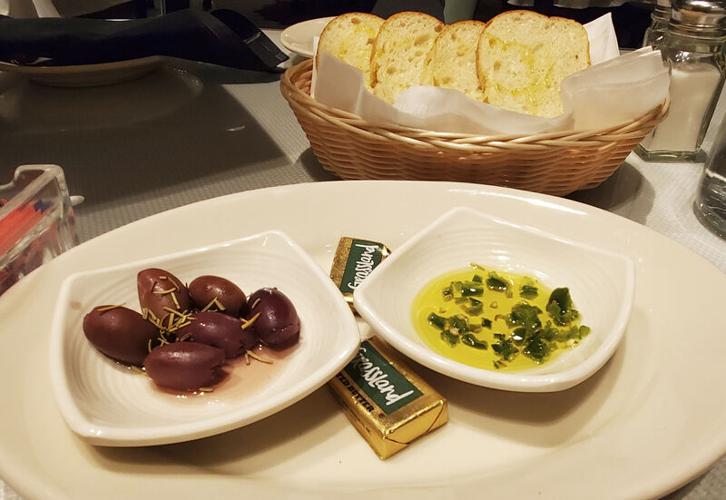 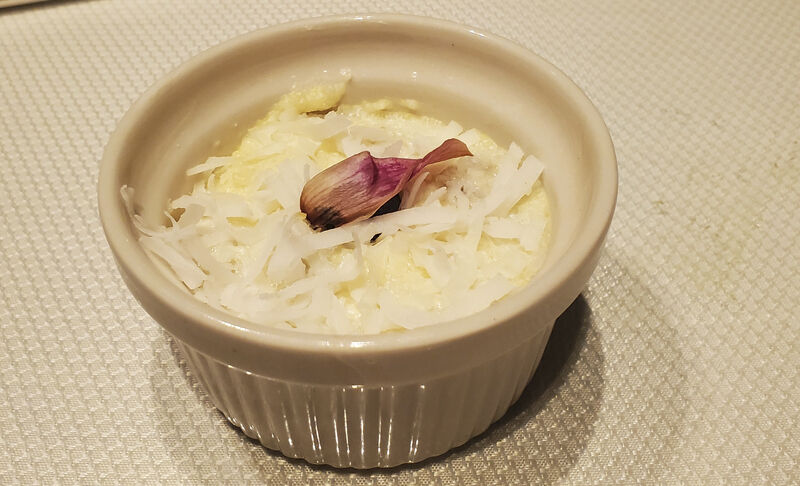 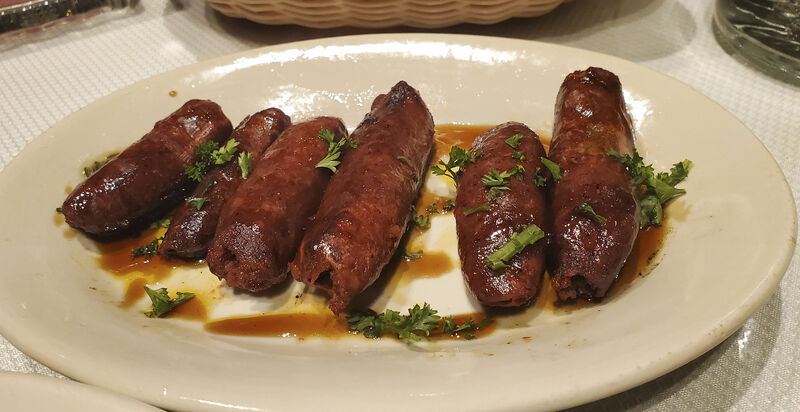 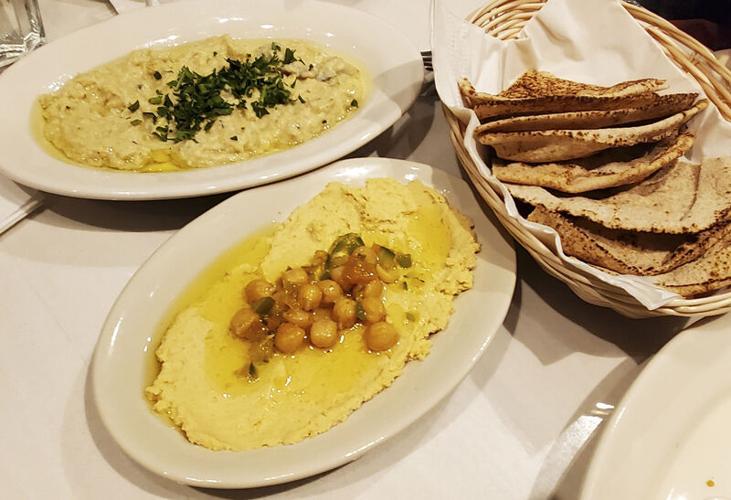 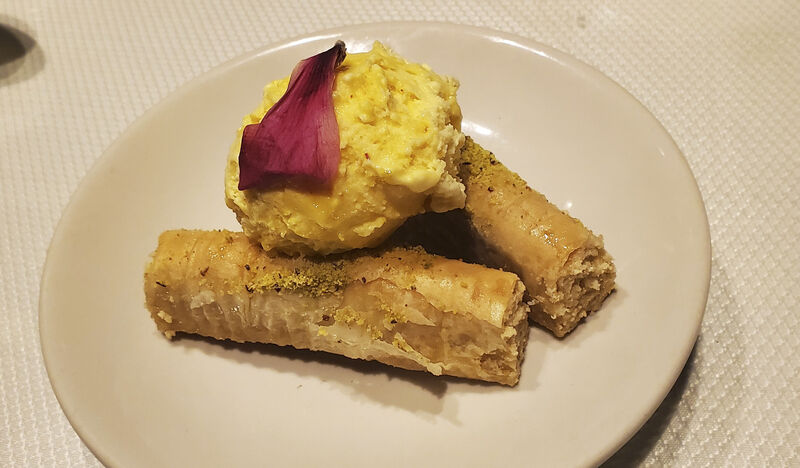 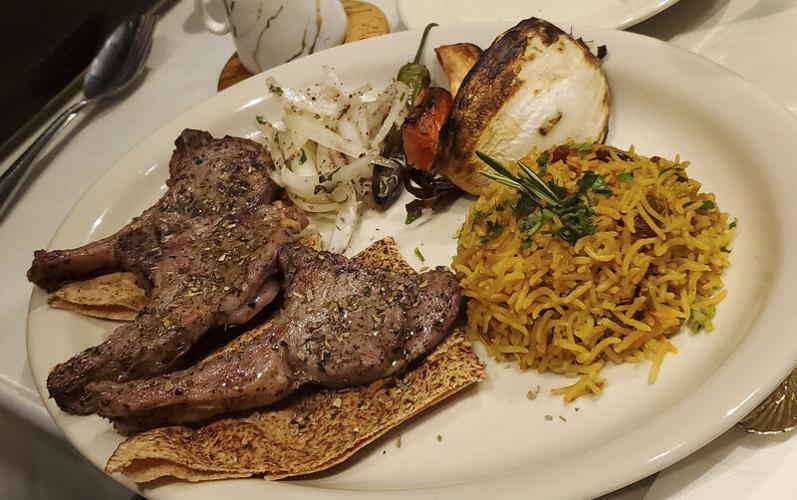 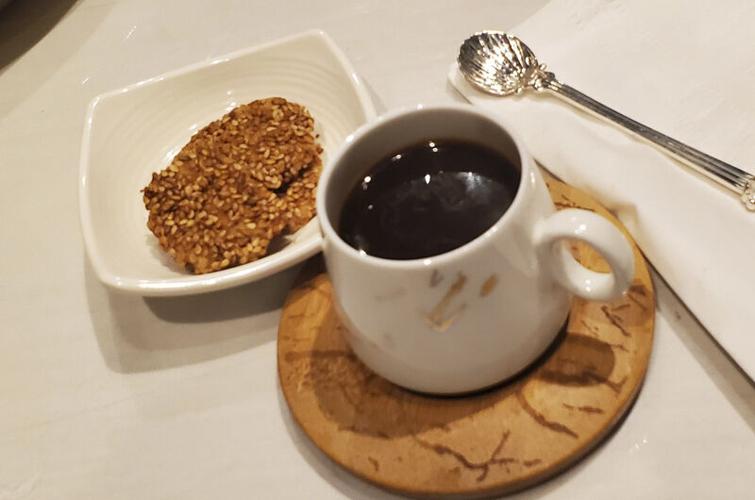 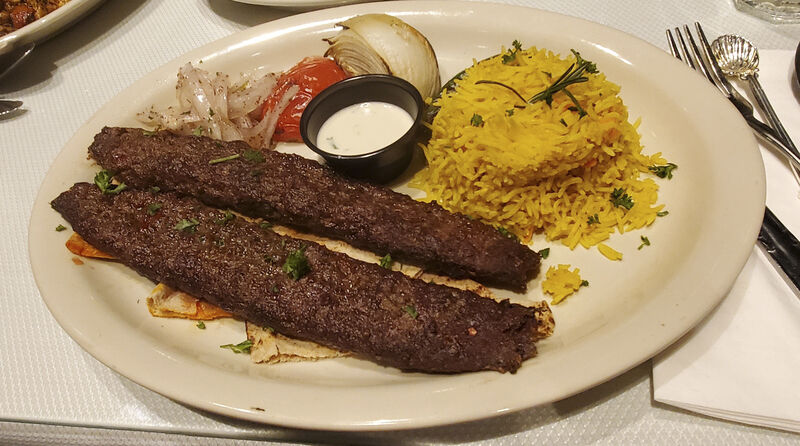 I was surprised and excited to discover a Turkish restaurant had recently opened in Covington Plaza, and I was equally surprised to discover what my favorite dish at Deema Turkish Cuisine turned out to be.

However, it was its uniqueness and the creativity that went into making it that excited me most.

It was a burger. Yes, a burger was my favorite thing at a Mideastern restaurant. It made no sense, but, in a way, it made a lot of sense. The burger trend is still going strong, so packing the spice-infused goodness of its kebabs into a patty and slapping it on a bun was genius.

The thick patty was flavorful on its own. It had a bit of heat in its seasoning, but not too much, and it was nicely accented by a mild white cheese (provolone I am guessing), baby spinach and balsamic. All of that made sense, but my favorite addition made zero sense and is one I have never seen on a burger – pomegranate seeds. But they were great, adding a sweet crunchy pop in each bite.

The most delightful thing about discovering this burger was that I had to find out what was on it myself because there was no menu description at all. At first, I assumed it was just a mediocre burger stuck on the menu for folks who were intimidated by Turkish fare or for finicky kids. I am glad I asked about it before dismissing it.

Another oddity was the sort of tan-colored sauce drizzled over the sweet potato fries that accompanied the burger. And, actually, the fries were odd, too. They were baked – not fried – and were not crisp at all. They were basically good roasted sweet potatoes in fry form. I have no explanation for the sauce, however, which was creamy and a little sweet. What was it? Ketchup mixed with mayonnaise I was told. Go figure.

There was nothing odd about the Steak Kebabs. They were exceptional. Chunks of perfectly seasoned filet mignon were served off the skewer with no vegetables.

The super tender pieces of steak were the star on this plate, resting on top of pitas stuffed with a thin red paste made from tomato and eggplant. Also included was rice pilaf, roasted sweet potatoes, a charred quarter onion, a roasted whole jalapeño pepper, raw onion strips, parsley and a small cup of tahini.

The rice was fine and I liked the little pops of sweetness from golden raisins hidden in it, but beware of the cardamom seeds also hiding in there as they pack a wallop of floral flavor you may not appreciate. I also enjoyed playing around with all of the garnishes to discover which combination I liked best.

Instead of having chicken in kebab form, I tried the Sac Kavurma with chicken. Described simply as chicken sautéed with peppers and authentic spices, it was the best thing I had at Deema next to the burger. The little hunks of chicken were charred just enough to give each surprisingly tender and juice morsel a wonderful grilled flavor that reminded me of the chicken I grill outside during the warm months. Throw in the sweet red peppers and you have what I would call a Turkish fajita. The green peppers were seeded jalapeños, adding to the fajita feel and also adding some heat you may not want. I might ask for pitas with it next time to eat it like a fajita.

However, the pitas served with my appetizers were a bit disappointing as they were cold and did not seem freshly made. It was too bad, too, because the hummus and baba ghanouj at Deema was tasty, but maybe a bit too pricy.

The Lamb Chops followed suit. It was an expensive choice given their petite size. Deema's serving included three chops, and they, too, were resting on the stuffed pita triangles with the same accompaniments as the steak. The chops were spot on in terms of cooking temperature, they were deftly seasoned and there was nothing bad I could say about them.

The Deema Sausage appetizer brought a little heat, but the house-made, bright-red, little sausages were served in a puddle of reddish sauce that was just sweet enough to tame that heat. The color had me thinking pomegranates may have played a role. The meat inside the snappy little casing was a tad dry and crumbly, but the sauce hid it well.

I also ordered the Zaalouk appetizer during that visit, which turned out to be a good move since combining it with the sausages was fantastic. Zaalouk is a cooked Moroccan salad made from tomatoes, eggplant and spices. It, too, was served by itself and was basically a chunky, blended dip, so I asked for pita to go with it. I should not have bothered, though, because the wonderful house bread, which was served gratis during each visit with whole black olives and a dish containing olive oil and diced jalapeños for dipping, was the better vessel.

The Zaalouk was cold, which surprised me, but the sweet roasted flavor of the tomatoes combined with the same smoky essence the roasted eggplant added to the baba ghanouj made it hard to stop eating. I treated it like a condiment with the sausages and about everything I had during that meal. It would be a great sandwich spread maybe for some kind of Turkish muffuletta or on top of that Deema Burger.

A must-have at Deema is the Turkish coffee, and there is no better time to have it than with dessert. It actually included dessert as it was flanked by a bite-sized cheesecake during one visit and by some sesame-seed cookies during another. My server said this was customary, “Because the coffee is quite bitter.”

Mine was just right with my dessert choices of Turkish Semolina Pudding and the Baklava with Saffron Ice Cream. The baklava took a backseat to the delectable ice cream as it consisted of two rolls that were not house-made and had lost all of its crispiness. The pudding had a thick custard-like base with just a little grittiness from the semolina and was topped with a copious amount of shredded coconut.

Both offerings were good with the ice cream being by far the best component, but I do not think I will be dying to have either again.

The interior of Deema hasn't changed since its days as Yen Ching, but it is comfortable and a little upscale though the look is dated. The service during each trip was phenomenal considering the small staff running the place that has been open for less than six months.

My servers were apologetic for lulls that I really didn't even notice, and they were very appreciative of the business, even going out of their way to hustle up to the front and hold the door open for guests who were leaving. The owners also plan on expanding the menu soon – kibbe I was told is a sure thing as it just missed being on the opening menu because of how time-intensive it is – and a liquor license is in the works.

Those factors and that wonderfully unique burger are enough reasons it is worth checking out.

Ryan DuVall is a restaurant critic for The Journal Gazette. This review is based on two unannounced visits. The Journal Gazette pays for all meals. Email him at rduvall@jg.net; call at 461-8130. DuVall's past reviews can be found at www.journalgazette. net. You can follow him on Twitter and Instagram @DiningOutDuVall.