A family-sized order of fried chicken with a side of slaw at Zeb's Chicken Shack on Fairfield Ave. 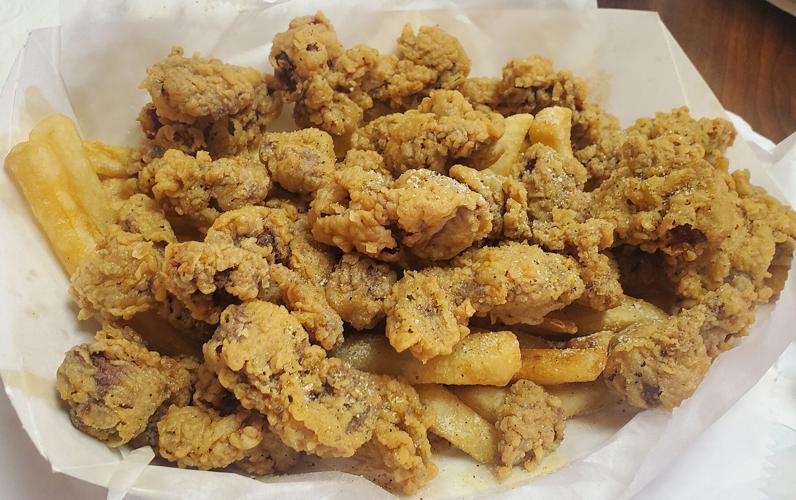 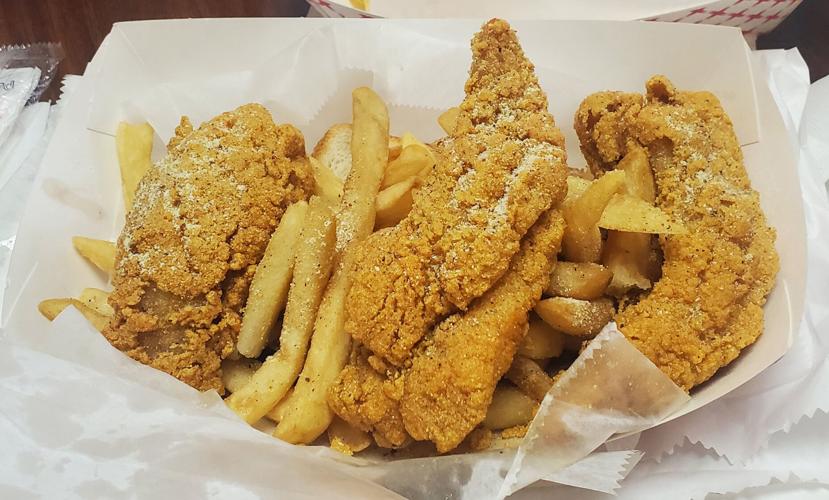 A basket of fried perch at Zeb's Chicken Shack on Fairfield Ave. 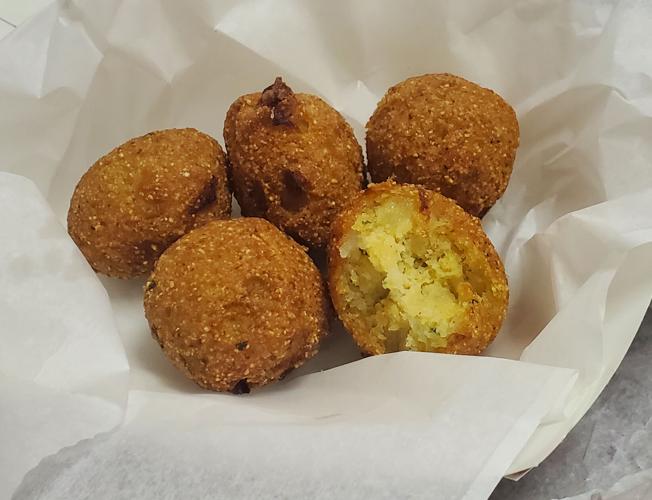 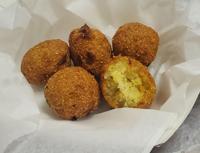 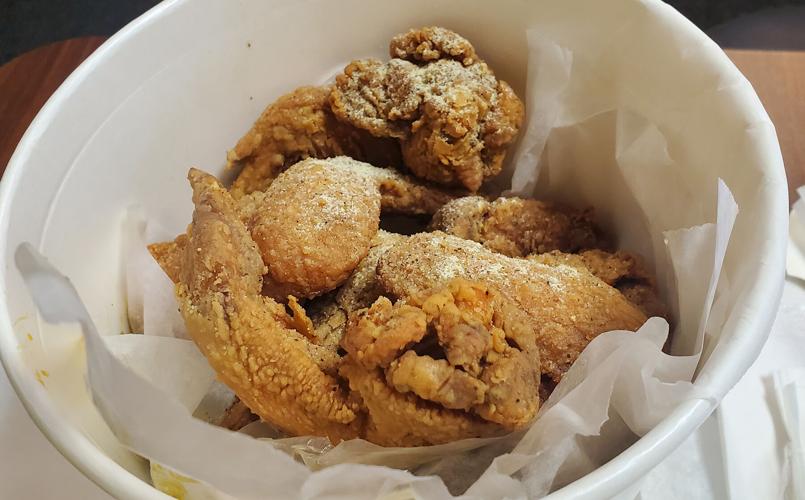 A bucket of chicken wings at Zeb's Chicken Shack on Fairfield Ave. 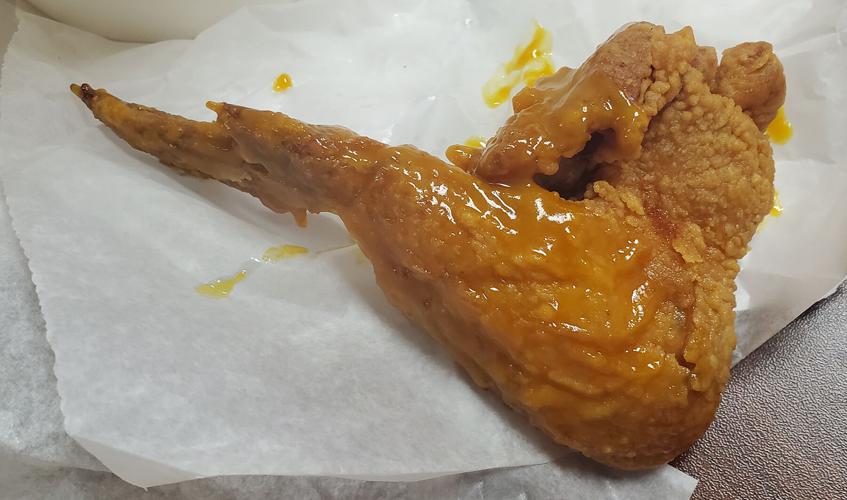 A family-sized order of fried chicken with a side of slaw at Zeb's Chicken Shack on Fairfield Ave.

A basket of fried perch at Zeb's Chicken Shack on Fairfield Ave.

A bucket of chicken wings at Zeb's Chicken Shack on Fairfield Ave.

He calls it popcorn, not only because it is crunchy and delicious, but because it is hard to not keep grabbing pieces of it even if you think you have had your fill.

I kept going back for more, that is for sure, because Nate Wright, who owns Zeb’s Chicken Shack on Fairfield Avenue with Nakia Jackson, makes the best chicken gizzards I have ever had.

To some, the idea of eating fried parts of a chicken’s digestive tract might be off-putting, but these gizzards will convert you. And it’s not as if gizzards aren’t popular, even if they are sought after by the older set, because every chain chicken place offers them, too.

Zeb’s gizzards were very tender and super mild, and I think I could fool most into thinking they were simply fried chicken skin. There was barely a hint of offal funkiness to them.

Nate’s secret? He cleans the gizzards – and the chicken livers, which I am dying to try on my next visit – by hand, removing the “husk” as he calls the tendons that surround each gizzard. He also removes the fibrous connective tissue from them and the livers.

The couple opened Zeb’s last year in the space that was once Bravas Burgers. Wright is from Chicago and named the restaurant in honor of his late brother, Zebulon, whom he had tried to convince to move to Fort Wayne before he died.

It has a real Chicago vibe to it, too. You will be asked if you want your chicken or fish dusted with lemon-pepper seasoning – a soul food standard – and you would be wise to say yes every time you are asked because it is the perfect addition to every crispy morsel. And the bright red barbecue sauce that you can have on your wings or on the side with pretty much anything is made like the south side Chicago staple “Mild Sauce” – super sweet and just a little tangy.

Zeb’s chicken was excellent, of course – especially the wings. It was crispy, seasoned well and cooked to perfection so it was very juicy. I liked my chicken and wings best with just the lemon-pepper and a little splash of vinegar-based hot sauce. The honey-gold barbecue wings, which appeared to have had the sauce brushed on instead of having them tossed in a bowl with it, held their crispiness quite well. I was also pleased at how the honey wings were in the bottom of my bucket separated from the regular fried ones in my combo order by wax paper.

That yellow, mustard-kissed, honey-gold sauce was also a great dipping sauce for those gizzards, by the way.

Zeb’s is mainly a takeout spot, but, if you dine in and they have paper plates in stock, your food will be served on them separated. But if they are out, which they likely could be given the conversation I heard the owners having during one visit about the increase in customers dining in, you will have it all packed in to-go boxes.

Regardless, the service when dining in was excellent during my visits. There is little atmosphere – it is simply tables and chairs with no fluff – but the Wrights took care of me at tableside, checked on my group constantly and truly wanted to hear how we liked the food. Also, be aware that a soda vending machine is the only option for drinks, but you are welcome to bring in your own beverage without issue.

Each dinner comes with thick french fries that held their crispness quite well even when being driven back home in a steaming bag. When they were fresh in the restaurant, they rose to being excellent. They weren’t hand-cut or anything special, really, but they were simply fried the right way in clean oil. You also get a little teaser in a condiment-sized container of some of the best coleslaw I have recently had with those dinners, too. So, yes, I have ordered extra slaw each time since because it is super creamy and sweet, but also very fresh and crunchy so there is plenty of natural cabbage flavor to foil the sugary dressing.

The hush puppies were OK as a side, but nothing special. I also tried a pizza puff filled with standard sauce, diced beef and cheese, and it was pretty basic and not worth wasting your appetite on given the tasty fried foods offered.

I was excited to try the catfish and was impressed. A small order comes with two or three pieces depending on the size of the fillets their supplier provides, and the large is three or four pieces.

The gritty coating on the fish was extremely crunchy and gave way to some of the moistest, most succulent fish inside that seemed almost buttery on the palate. And hot sauce was all I wanted to add to it, and I did not even think to ask for tartar sauce, which isn’t offered anyway.

Nate got flustered in the back of the kitchen when he overheard me say fish as I ordered because he was out of perch, but that was OK given I just wanted catfish. But the way he lauded that perch made it a must-try on my next visit. And now I know why he runs out.

It was much milder than the catfish – not that the catfish was too strong at all – and it, too, was fried to perfection. So, I really can’t tell you which fish was best, but given I love catfish, that will be my go-to.

I can tell you this much, Zeb’s Chicken Shack is going to be my go-to for fish and chicken from now on. It is one of the best new places in Fort Wayne, and you will love going there and giving the Wrights your business because their service and homey, welcoming demeanor just makes you feel goodabout going there.

And try that “popcorn.” Nate will make a gizzards believer out of you even if I can’t.

Ryan DuVall is a restaurant critic for The Journal Gazette. This review is based on two unannounced visits. The Journal Gazette pays for all meals. Email him at rduvall@jg.net; call at 461-8130. DuVall’s past reviews can be found at www.journalgazette.net. You can follow him on Twitter and Instagram @DiningOut DuVall.

If you've been to Zeb's Chicken Shack, how would you rate it out of five stars, with five being the best?