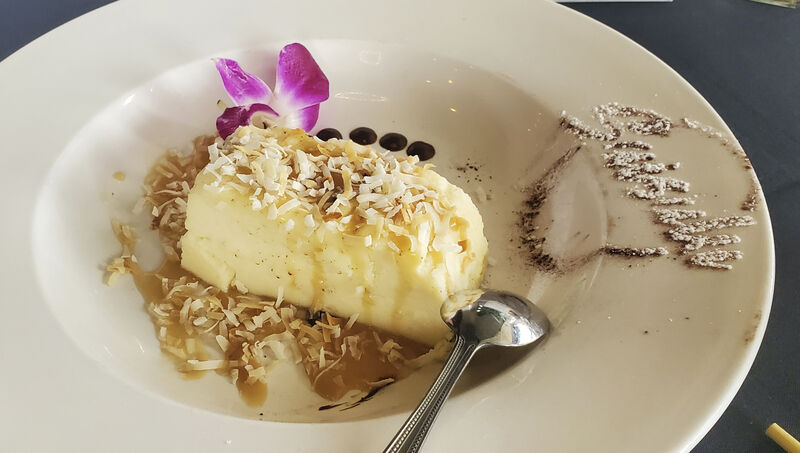 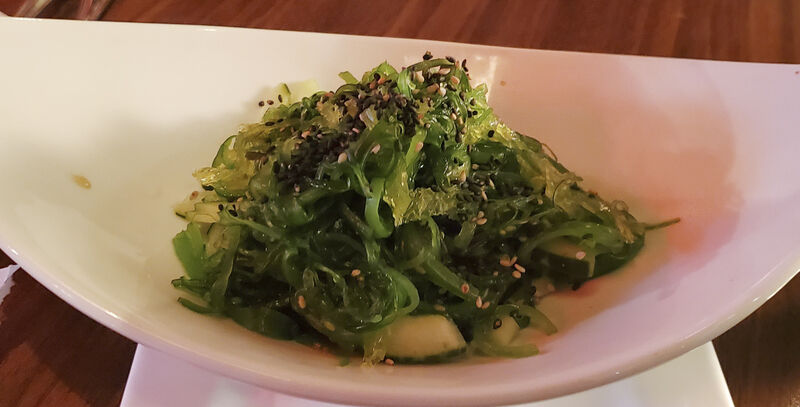 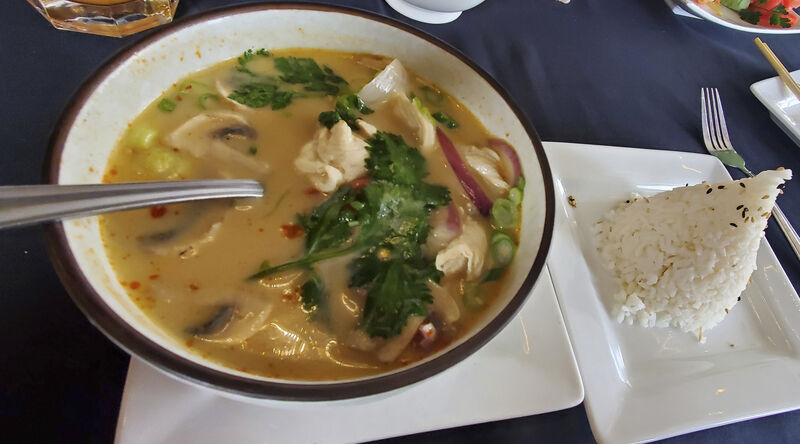 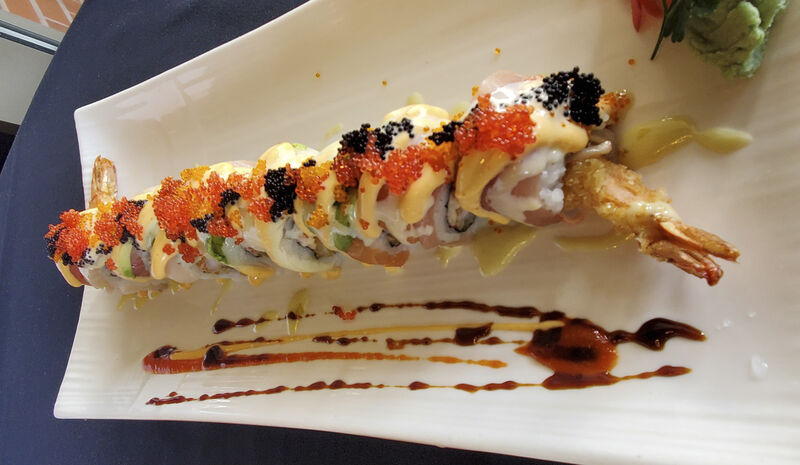 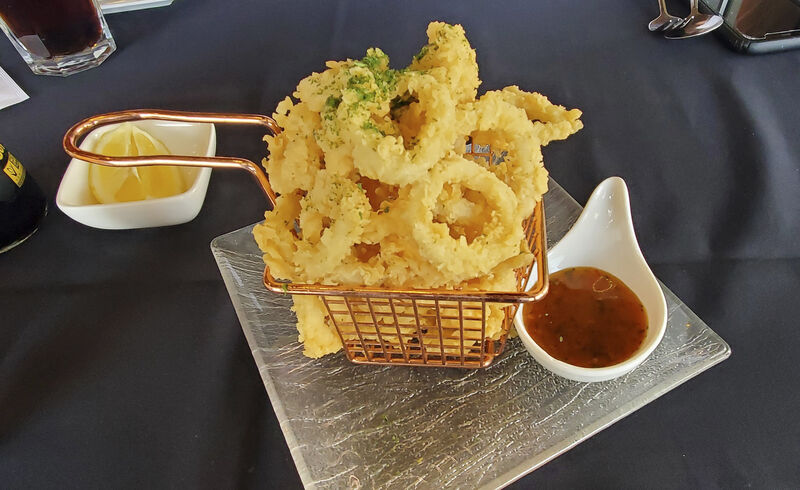 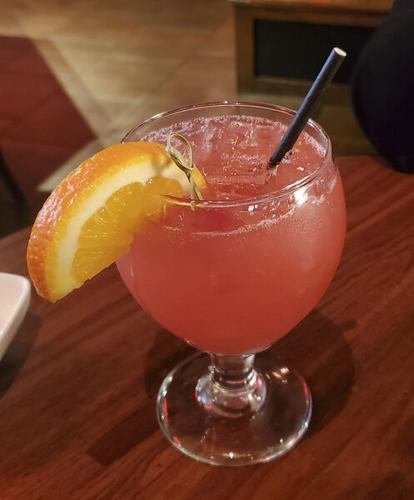 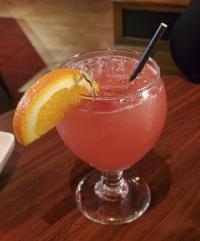 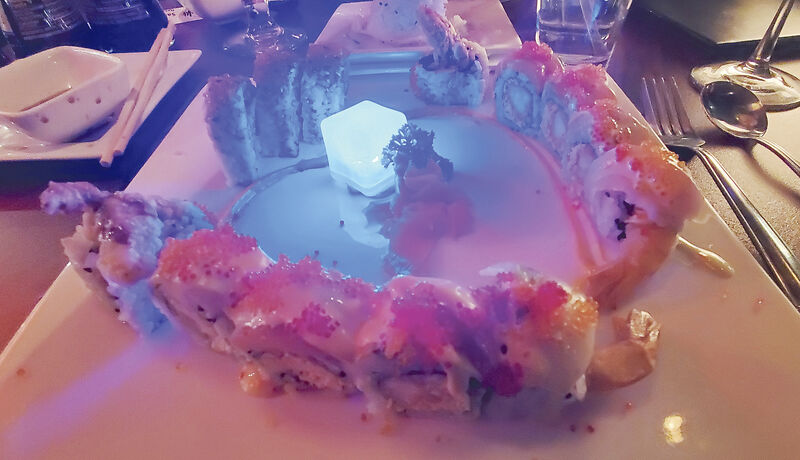 If you need just one reason to visit Saisaki, the new Asian fusion restaurant on Main Street, it is the signature Saisaki Roll, which is the best sushi roll I have ever had.

Loaded with my dream team of ingredients – tempura shrimp, white and regular tuna, yellowtail, snapper, crab salad and avocado – this roll is garnished with wasabi mayo, a sriracha-spiked spicy mayo and three types of fish roe: pink, orange and black. The battered and fried shrimp warmed the roll up just enough and each ingredient came through in a magical way.

My server asked if I needed soy sauce, but cautioned they don't think this roll needs any. And it didn't because the combination of fish roe added plenty of saltiness to go with the subtle kick of the sauces and the creaminess of the avocado.

I appreciated the server's guidance and appreciated how great my service was during my visits. It is obviously a family operation – seeing some little ones peeking out from a prep area one time was my first hint – and they were not only helpful, but also appreciative in a way we can all value these days with staffing problems often putting friendliness on hold.

I had this roll on a busy Friday night – the place was packed and seems to be gaining a following – while sitting in the dimly lit bar area and was impressed with how it was plated with a tiny glowing blue light cube in the center of the plate. It made it unique and really suited the gorgeous upscale setting that this space, which was once home to the legendary Park Place on Main, has long had.

I was equally impressed by the Sashimi Platter appetizer, which only says it is the “Chef's choice.” Mine came with tuna, salmon, a crab stick – which was sweet and spectacular – and red snapper. I had told my server how much I liked snapper and asked if he requested it for me, but he did not.

“They probably overheard you saying how much you liked it,” my server said. “They are very good at paying attention to that.”

The Crawling Spider Roll, which accompanied my Saisaki roll on the glowing plate, was not near as complex with crispy battered soft shell crab, avocado and cucumber with eel sauce and masago. It was quite good, but did not stand a chance of standing out next to the Saisaki Roll.

The only thing that I would give a thumbs down to at Saisaki was the Tom Kha soup I had at lunch. I chose chicken to go in the hot and sour coconut broth with mushrooms, red onions, scallions, cherry tomatoes and basil, and was impressed that the heat level was up to snuff when I asked for it “Thai hot.” And though the vegetables were plentiful and fresh and the chicken was plenty tender, the broth lacked complexity and was way too loose without any of the subtle mouth-coating richness that the coconut milk usually gives it.

The Calimari I had as an appetizer at lunch – the menu is limited, but regular menu items can be ordered with the exception of some of the hot main courses – was worth having again. The batter-coated rings of squid were super crunchy and looked more like onion rings. They were lightly dusted with crushed nori and the Thai-style dipping sauce was thick and syrupy with a great spicy-sweet flavor.

I also liked the Seaweed Salad, which was served atop a bed of cucumbers that were more than garnish for me as they soaked up all the excess funky, sea-flavored sauce. They were my favorite part given their crunch and had me thinking cucumbers should be a part of every seaweed salad.

Clear or miso soup is offered with every meal, and they were just OK. When my clear soup was forgotten during one visit, I didn't miss it, but it was a misstep in that stellar service for sure. And the dish that followed more than filled me up without the soup.

The Grilled Rib-eye with Thai Basil Sauce covered all the bases. It was unique and beautifully presented, sort of like a fajita, with the big well-marbled hunk of beef on a hot platter with onions, bell peppers, carrots, broccoli, zucchini and fresh basil, and a soy sauce-based, bulgogi-type sauce that was poured over all of it so it was sizzling and smoking upon arrival. The server warned me to be wary of splatters, which there were plenty of after he poured the sauce.

The intoxicating aroma caused me to dive in right away regardless of how hot that steak was. It was tender, juicy and the sauce just kissed the vegetables, which were crisp and caramelized enough to be perfect. I loved this dish, which also included a side of spot-on rice.

I was able to douse my now-burnt mouth with some tasty cocktails, which were a real asset to Sasisaki as great bar drinks are rare finds for the most part at the city's Asian restaurants. Whether it was the top-notch Old Fashioned made with Japanese bourbon, or the fun and fruity Cherry Blossom – listed as a “traditional Japanese drink” – made with tequila, white grapefruit, lime, simple syrup and grenadine, they were all made to perfection.

And if that wasn't enough, Saisaki also offered something else most Asian restaurants often don't, let alone master – great desserts. There was taro bread pudding, a green tea crème brûlée and, of course, mochi, but it was the Coconut Cheesecake that won me over.

It was basically a dense, delicious homemade cheesecake like your grandma used to make topped with well-toasted, crunchy coconut. The caramel and chocolate syrups underneath the cheesecake – and the whimsical way Saisaki was spelled out in cookie crumbles on the side of the bowl – were also nice touches.

Ryan DuVall is a restaurant critic for The Journal Gazette. This review is based on two unannounced visits. The Journal Gazette pays for all meals. Email him at rduvall@jg.net; call at 461-8130. DuVall's past reviews can be found at www.journalgazette. net. You can follow him on Twitter and Instagram @DiningOutDuVall.