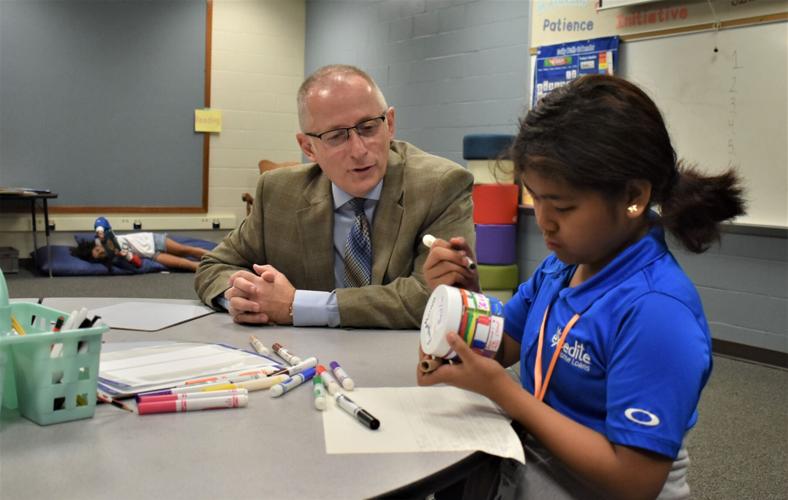 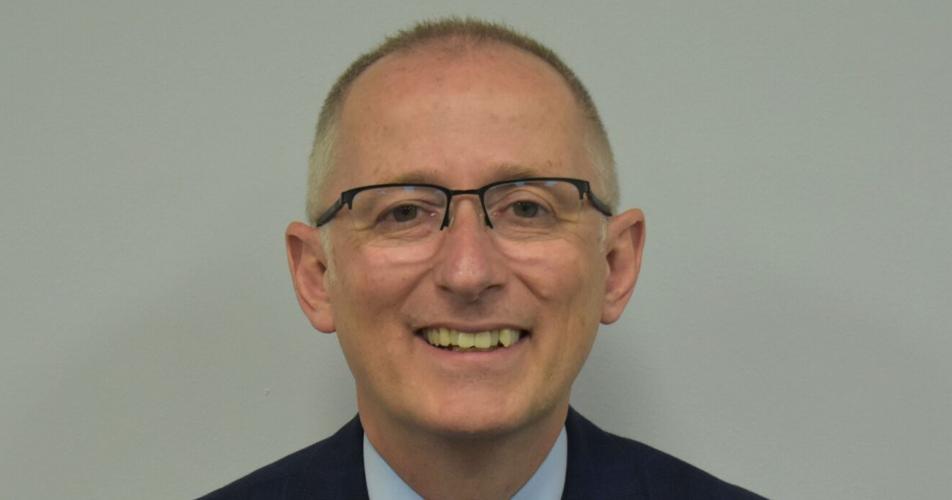 Wayne Barker didn’t have blinders on when he accepted the job of Northwest Allen County Schools superintendent.

The experienced school leader knew the district had tense moments in the past year, but the division didn’t negate the career opportunity.

“None of that outweighs the greatness that is, in my opinion, Northwest Allen County Schools,” Barker said this month during his first sit-down interview with The Journal Gazette. “We’ve got things that we can always do to be better, but the greatness of this place doesn’t make me apprehensive at all about the things that have caused tension here.”

Hired in June, Barker officially became superintendent July 1, returning to the district where he launched his career. He told school board members he will lean on them as he sets goals for the district. That’s on his to-do list for his first three months. Taking in as much information as possible is his first priority, however.

“That’s what I’ve been doing,” Barker said. “It’s overwhelming to try to learn about a district that serves 8,000 students and has 1,100 employees. That’s a daunting task, but I’m doing the best I can.”

Barker replaced Chris Himsel, who spent his final months with NACS on medical leave for undisclosed reasons before retiring this summer after 12 years in the position.

Himsel – who clashed with board members sympathetic to the protesters – ended his final in-person regular board meeting forced into hiding at Carroll High School, where he eluded more than 30 men, women and children intent on a confrontation.

Barker, 55, said he and other Hoosier superintendents closely watched and discussed the situation at NACS. Barker was leading School City of Mishawaka at the time.

“I found it incredibly unfortunate that those things were happening,” Barker said. “But it didn’t change my mind about what happens when a teacher closes their classroom door and begins teaching, because I know great things happen when that happens here.”

Barker said he had a great experience during his five years teaching at Carroll, and he remained friends with former coworkers after he left in 1994.

One woman, a now-retired guidance secretary, attended his children’s graduation parties and sent him a card this summer.

“To have the chance to come back as superintendent, I mean, what a special opportunity,” Barker said. “Not very many people get to do that.”

Not that Barker was necessarily looking to make a professional change. He thought he would retire from the Mishawaka district, which he joined in 2019 after spending more than 20 years at Bluffton-Harrison Metropolitan School District. That’s another place where he thought he’d end his career.

“Quite honestly,” he said, “I don’t know of any other job that I would have left for.”

But Barker and his wife, Vicki, felt that NACS, which offered a chance to live closer to family. Barker also discussed the opportunity with his longtime mentor, Steve Yager, who served as NACS’s temporary superintendent during Himsel’s leave.

“He was definitely an influence, without a doubt,” Barker said of Yager.

Barker received unanimous board support, which board President Ron Felger said was key after the acrimonious year and a half.

“Trying to put a superintendent in without unanimous support of the board would be a no-win situation,” Felger said last week.

Some community members asked the board to delay hiring a new leader until after the November school board election. Felger said he understood their reasons, and he even wondered whether that would benefit the next superintendent so he or she would know the “lay of the land.”

But, Felger said, “it was obvious we needed some stability and continuity in that office.”

The climate at NACS has improved, Felger said, noting the board can easily conduct meetings again. The elimination of COVID-19 mandates likely helped.

“That put everybody on edge,” Felger said of the masking requirement. “People were just exhausted by it.”

Barker agreed that the division stemmed from masking and other COVID-19 procedures, but that wasn’t unique to NACS.

“Most of the time,” he said, “people have agreed with what’s been happening here for 30 years.”

Barker said healing began during Yager’s leadership, and he hopes to continue that. He plans to be transparent, open and honest and is willing to listen and find common ground with people.

“If we all are working for the same goal, and we all have the same information, then more often than not, we’re going to all agree on the outcome or what the solution is to whatever the problem is we’re solving,” Barker said. “It’s when people don’t know and they don’t have all the facts – whether they’re inside or outside of an organization – there can be more disagreements.”

The new superintendent doesn’t feel pressure about upholding the district’s quality reputation because, he said, he has a great team of employees supporting him.

“This is a place where we can serve the children of this community at a really high level, and that’s much more exciting to me than it is pressure.”

A new central office team – not just Barker – is leading NACS. Changes have included Bill Toler’s promotion to assistant superintendent from principal and Sam DiPrimio’s shift to the new position of human resources director. He was previously director of secondary education.

Barker said more change is looming. Bill Mallers, the business manager, wants to retire and will spend January through June as the business affairs coordinator. Ideally, his successor will be hired by Jan. 1, and Mallers will help that person with the transition.

Barker said there’s a benefit to not being the only new central office administrator.

“We’re all kind of learning to work together,” he said. “If I were the only new person and everybody said, ‘Well this is the way we do it,’ then there’d be even more pressure on me to try to conform into that, maybe. But for all of us, we’re kind of building our team as we go.”

“I don’t know how many years I have,” he said, “but those years that I have that I plan to work as a superintendent, I don’t plan to ever do that anywhere else.”

Superintendent Wayne Barker will lean on Northwest Allen County Schools’ elected leaders as he sets goals for the district.