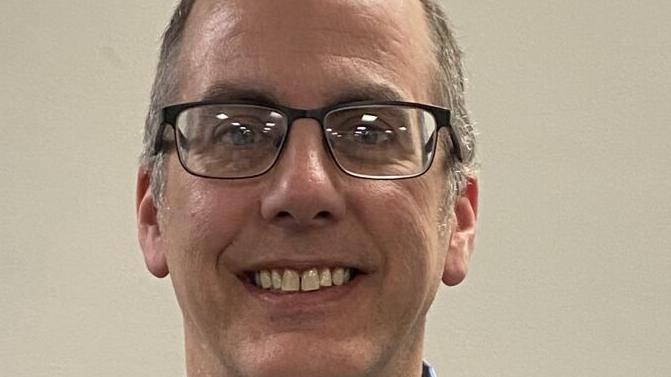 Sorg has missed 65% of county drainage board meetings and 77% of plan commission meetings since January, Commissioner Therese Brown told The Journal Gazette this month.

On July 8, the Allen County commissioners voted to transfer Sorg’s duties to Fruchey, a former hydrologist in the county surveyor’s office who now works with the Allen County Highway Department.

In a July 7 letter, Sorg announced he will step down as surveyor effective Sept. 16 because of health reasons.

He holds a professional engineering license and has held multiple positions with the city of Fort Wayne. He worked as an engineering technician from 1994 to 1998, as an engineering designer from 1998 to 1999, as associate director of transportation engineering services from 1999 to 2006 and as a permit engineer from 2006 to 2008.

Fruchey has garnered support from county surveyors in neighboring DeKalb, Huntington, Noble, Wells and Whitley counties. He also shared with The Journal Gazette on Wednesday that he received an endorsement from Allen County Farm Bureau President Tom Miller.

Devine unsuccessfully challenged Sorg for the Republican nomination in 2020, receiving just under 36% of the vote. He is a licensed professional surveyor and a professional engineer, according to a news release.

Devine served as director of undergraduate studies at the University of Notre Dame from 2007 to 2009, assistant professor at the former IPFW, now Purdue Fort Wayne, from 2001 to 2007, and lecturer at Old Dominion University in Norfolk, Virginia. He also has held instructor positions at other colleges.

According to the release, Devine has experience working for engineering and surveying consulting firms, as well as with the Indiana Department of Transportation, the Allen County Department of Planning Services and the Tippecanoe County surveyor’s office.

Fruchey and Devine will compete for votes at a caucus Saturday where 197 Republican precinct committee people will vote for Allen County’s next surveyor. Shine said the public is invited to attend the meeting, which will be at 9 a.m. at the Allen County GOP headquarters.

The winning candidate will serve out the remainder of Sorg’s current term, which ends Dec. 31, 2024. The new surveyor would then need to run for reelection in the 2024 primary and general elections.

Sorg was deputy surveyor until his appointment as surveyor in 1993 following the death of Surveyor Louis Machlan. He held the position until 1997, when he was forced out after news came out about his felony convictions for burglary and theft in the 1970s. State law bans felons from running for or holding elected office.

Those convictions were set aside in 2006, clearing the way for a return to elected office. In the 2016 Republican primary, Sorg defeated Al Frisinger, the surveyor the local GOP picked to replace him in 1997.

Sorg’s salary is about $64,000 a year. County Auditor Nick Jordan has said Sorg would be paid through his official resignation day.