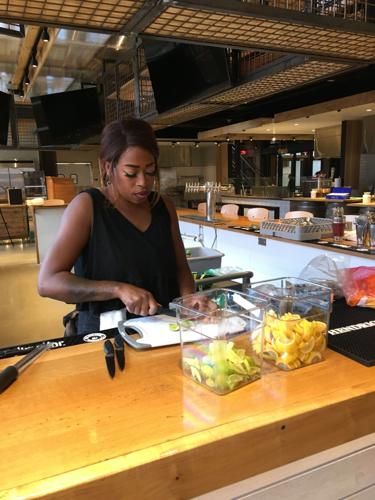 At The Charlie Horse bar on Monday, Nishya Bishop of Fort Wayne prepares for today’s opening of Union Street Market on the Electric Works campus south of downtown. 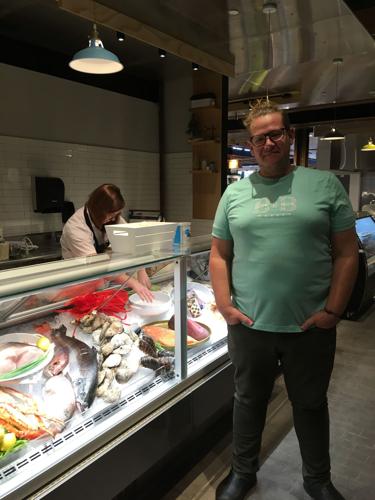 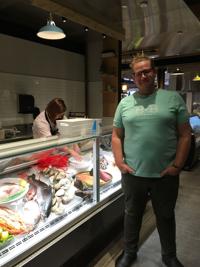 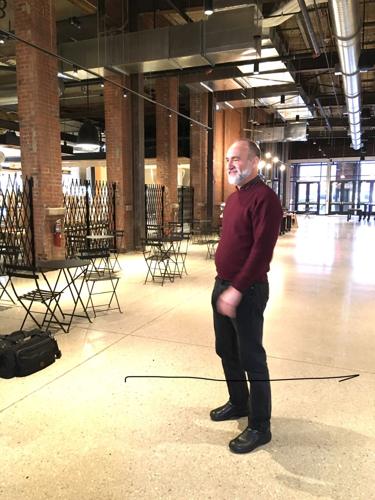 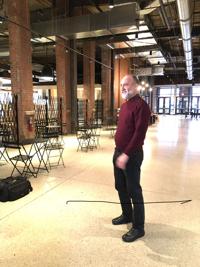 Ted Spitzer, the market’s director of planning and development, said he is pleased with the progress at the market and said it will eventually feature 18 vendors.

At The Charlie Horse bar on Monday, Nishya Bishop of Fort Wayne prepares for today’s opening of Union Street Market on the Electric Works campus south of downtown.

Ted Spitzer, the market’s director of planning and development, said he is pleased with the progress at the market and said it will eventually feature 18 vendors.

Asian Pork Belly Tortas washed down with a Golden Snitch cocktail. Nana’s Meatballs made with pumpkin-seed pesto. Angus beef ribeye steaks with a side of fresh red snapper.

All are on the menu as Union Street Market opens at 8 a.m. today at the rejuvenated Electric Works campus on Broadway just south of downtown.

Operators of some of the 13 food stands vying for customers’ attention were on hand Monday morning making final tweaks to their wares – just in time for what they hope will be a pre-Thanksgiving rush.

Eventually, the market will have 18 vendors, said Ted Spitzer, the market’s director of planning and development.

The products sold at the market will have a local and curated flair, as many come from food producers in Indiana and surrounding states and from sole proprietors expanding from a food truck or brick-and-mortar eatery, he said.

Pikoso – one way of saying “spicy” in Spanish – already has a following, as the owners, two sisters, have often brought their food truck to the west campus to feed construction workers.

Lily Horta, 47, of Fort Wayne said her and her sister Flora Barron’s take on Mexican food includes vegetarian options, including falafel in a Mediterranean version of a torta, a Mexican sandwich similar to a hoagie.

“We’ve had a dream from six or seven years ago of opening up a burrito stand,” Horta said from behind a cooler holding Mexican and American sodas.

Neapolitan pizza is on the menu at Johnny Ox Pizzeria, run by Joe Bojinoff, whose family comes from North Macedonia, not southern Italy.

Johnny Ox Pizzeria, he said, will follow many of the strict rules imposed on pizza-makers in Naples where the dish was born, but he promises a slightly crispier crust. Panini will also be served at the stand – including one called a Philadelphia panino with roasted pork instead of the thinly sliced beef usually found in Philly cheesesteaks.

The beef is supplied by Wood Farm in Fort Wayne, the owner said. Brown has run a farm-to-table restaurant and cocktail bar, One Ten Craft Meatery, in Warsaw for about eight years.

“With us being a hospitality restaurant, hospitality is really in the forefront of what we are. We’re bringing back the human aspect of the food. We want to connect,” Brown said. “We want to see the picture when you go home and cook a beautiful tuna filet.”

Cooking instruction and personal requests are built into the business, said Brown, whose stand will also carry duck, elk, chicken and pork.

Spitzer said a local apiary, a gourmet food shop, a kombucha stand and ice creamery will be part of the market.

Patrons can get to the market by turning west off Broadway north of the railroad bridge. Free parking is available in the newly completed parking garage.

It’s a short walk from there to a historic railroad tunnel decorated with a mural by Fort Wayne muralist Pfresh Laundry.

At The Charlie Horse bar – with seating on all four sides of a rectangular prep area – bartender Nishya Bishop and manager Cherri Adams, both of Fort Wayne, were excitedly awaiting today’s launch.

“We’ve all been looking forward to it as an extension of downtown Fort Wayne, a place where people can experiment with a lot of foods and cocktails,” Adams said.

The place will have a built-in happy-hour audience of folks who’ll need a break after working hard at the Do it Best headquarters next door, Bishop said.

“It should be a very good spot for us,” she said.

Reporter Rosa Salter Rodriguez has nearly 50 years of experience at newspapers in Pennsylvania and Indiana. She has worked at The Journal Gazette since 2004, covering medical and health issues and land use and development issues.