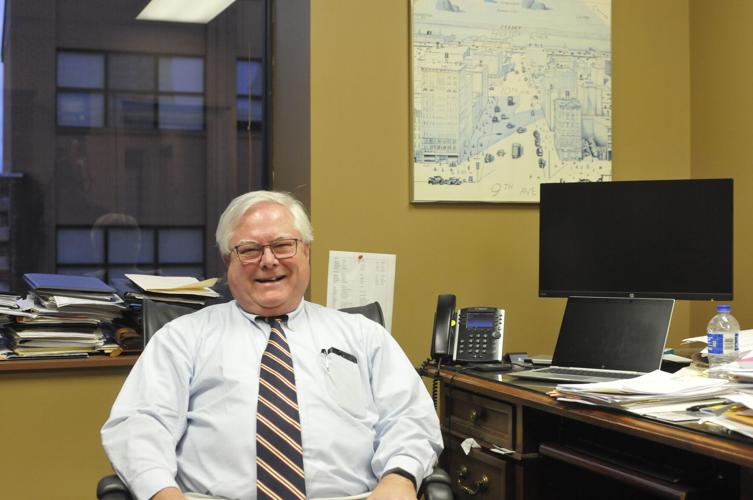 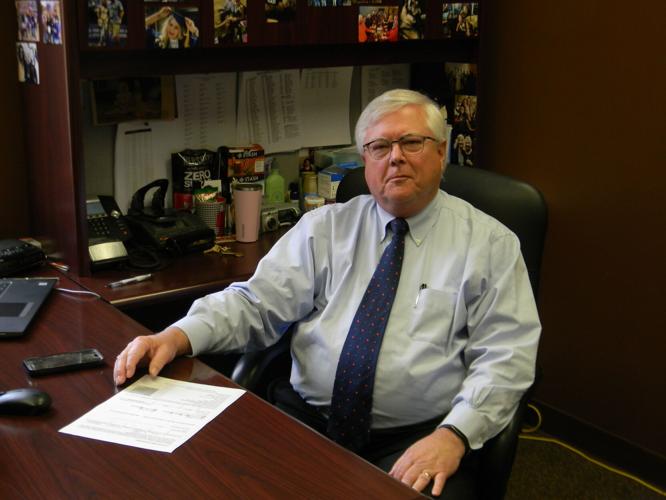 After 35 years of working in the Allen County prosecutor’s office, with 23 years as its chief deputy prosecutor under two administrations, Mike McAlexander is the new leader.

On Nov. 8, McAlexander, now 70, was voted in as Allen County prosecutor, succeeding Karen Richards, who he served as chief deputy – second-in-command – for all 20 years she held the office. He previously was chief deputy from 1986 to 1989 under Stephen Sims.

McAlexander will be sworn in at the courthouse at noon today with others who won in November. His first official day will be Tuesday.

“It is a dream come true,” McAlexander said. “I think it’s one of the most important jobs in government, and I think you’ve got to have people in there with a feel for the community and a feel for people.”

The transition is expected to be smooth. He was always the heir apparent to Richards, just as she was in line to follow Robert W. Gevers II, whom she served as chief deputy. The elected prosecutor’s salary last year was about $162,392, according to the Indiana Gateway for Governmental Units.

McAlexander characterized his and Richards’ relationship as providing point and counterpoint in decisions, neither afraid to tell their opinions, with her willing to listen and involve him in the decision making process. He also understands the principles that Richards held the office to.

“I feel the public has trust in our office and what we have done for the last 20 years under Karen’s leadership,” he said. “The few times we made mistakes, we acknowledged them and corrected them.”

Richards said a new prosecutor needs to be ready for everything, and according to Allen County Republican Chairman Steve Shine, “Mike McAlexander will have a zero learning curve.” He’s worked for four county prosecutors.

Allen Superior Court Judge Steven Godfrey, who worked as a deputy prosecutor with McAlexander from 2002 to 2018, doesn’t expect any changes in philosophy when McAlexander assumes the prosecutor’s role.

“Mike and Karen are fairly similar,” Godfrey said. “He’s very even-keel. He was also easy to work with.”

Allen County Chief Public Defender Bill Lebrato said McAlexander has a great working knowledge of the office, and Lebrato expects the same congenial relationship between their offices to continue.

“Mike hired me when I started out at the prosecutor’s office in November 1999,” Lebrato said. “Much like with Karen, Mike and I have a good working relationship.”

The three served together on the boards of Community Corrections, Allen County’s Justice Reinvestment Advisory Council and The Dr. Bill Lewis Center for Children child advocacy center. Lebrato described their relationship as having adversarial roles but not being adversaries.

“We’re all in this to improve the system as a whole,” he said.

Running unopposed in the May primary and November election, McAlexander wasn’t questioned about what changes he could bring to the office.

“My first answer is ‘not a lot,’ ” McAlexander said. There are two areas he’s considering, though.

He plans to change the case management system, which he knows is dated. It’s not something the public can see, but he thinks it will make a difference.

Godfrey said he expected McAlexander to switch to digital filing of cases, making the process paperless and quicker. Godfrey believes any new ideas McAlexander brings will be positive and interesting.

“It’s always good to have movement, though, shake things up a bit,” Godfrey said.

The other issue is more public – the new Allen County Jail that is being planned for 142 acres on Meyer Road.

McAlexander doesn’t know whether the courtrooms attached to the current jail will move to the new site or stay in downtown Fort Wayne.

“We have to look at what the needs will be for that court,” he said.

McAlexander also knows the new jail will become a focal point for criminal justice in Allen County, and lawyers will be going there to see clients regularly and programs for the prisoners will be run there.

It’s important that the prosecutor has a say in it, as well as the courts and attorneys, he said. The input should be on both current and future requirements and necessities.

McAlexander brings a different background than many prosecutors have had.

Born and raised in Fort Wayne, McAlexander graduated from Carroll High School in 1971 and enlisted in the U.S. Navy out of high school. He served from October 1972 to November 1974, starting in the Vietnam conflict.

He was stationed in San Miguel, Philippines, aboard an aircraft carrier during the war. The Navy taught him to speak Vietnamese, and he trained in processing intelligence on the enemy, listening to North Vietnamese transmissions as a communication technician, interpretive branch.

“They called us spooks,” he said. But “I wasn’t in a James Bond situation.”

McAlexander returned to Fort Wayne and earned a bachelor’s degree, with distinction, in political science in 1978. He then went to the Indiana University law school in Indianapolis, now known as the Robert H. McKinney School of Law, and after graduating was admitted to the bar in 1981.

He followed that serving more than 14 months as a law clerk in the Allen Superior Court system. Then he worked with Bloom and Bloom until 1984.

“When I was at the firm, it was general practice, so I did a little bit of everything,” McAlexander said.

He also found time to marry his wife, Annie, in 1985. They have two adult children, Ford and Grace.

“It was a much smaller office then,” he said.

Now there are about 125 employees, and a third of them are involved in child support, which handles $40 million a year. In 1983, it handled less than $4,000, and by the 1990s, it was only in the single-digit millions, he said. On the criminal side, the prosecutor’s office had 10 part-time attorneys, and now there are about 35 full-timers.

In February 1989, he moved on to Fort Wayne city government, becoming director of public safety for three years. The position doesn’t exist now, he said. But he had responsibility over the police, fire, animal control and the communications department.

In late 1992, he returned to the prosecutor’s office part-time for four years before becoming full-time.

“For me, as a poly-sci major and a government person, it was kind of the perfect mix,” he said. It combined administration, politics, public policy and doing the right thing.

From 1997 to 2002, he was chief counsel and oversaw child support, juvenile matters and civil matters. He said he has worked in every aspect in the prosecutor’s office.

Over the years, he’s developed a philosophy and insights about the office.

“Our primary goal is to protect the public,” McAlexander said. “But I also recognize that people make mistakes, people are subject to bad days.”

There are also addictions and mental issues at play sometimes, he added. His focus is to find balance, safeguarding the community yet giving rehabilitation and a second chance to those who are mostly a danger to themselves.

He remembered when he started in the prosecutor’s office that plea agreements for defendants were either all probation or all prison. Now plea agreement sentencings include rehabilitation opportunities, too.

“Our goal is to keep them from coming back,” McAlexander said. “But try to fashion something that’ll put the keys to the jail cell in their hands.”

But they have to be ready for treatment and recovery, he added.

What makes it work

McAlexander believes the best prosecutors use discretion to help people.

“The prosecutors I’ve known across the state, you couldn’t tell if they were Republican or Democrat,” he said. All wanted to serve, protect and be creative in how they work.

A good prosecutor grasps what the community believes as a whole and adapts to that.

“Certainly, the attitudes of marijuana have changed dramatically over the years,” he said. “You do have to be up to date on where your community is.”

That helps to have a feel for where jurors are, too, he added.

Besides the prosecutor’s office appealing to McAlexander’s political science and government background, it also challenges and interests him.

The inauguration ceremony for newly elected Allen County officials will be at noon today under the rotunda in the Allen County Courthouse. The public is welcome to attend, and cameras and other recording devices will be permitted in the main atrium where the ceremony is held.

Sign up for The Journal Gazette's free Crime and Courts newsletter to receive the latest police, fire and courts news in your inbox.

Reporter James D. Wolf Jr. began working as a journalist in 1987 while earning his bachelor’s degree at Purdue University Calumet. He has worked in Indiana, Iowa and Illinois.