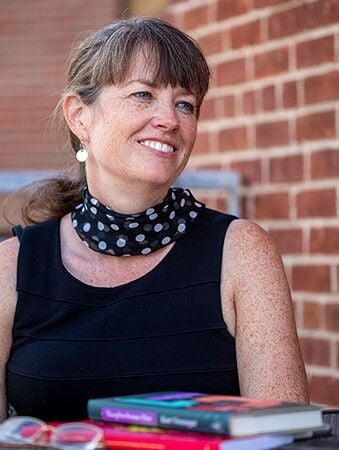 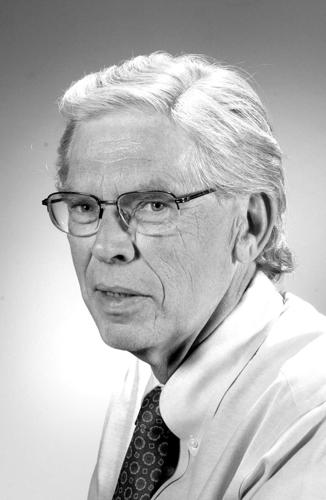 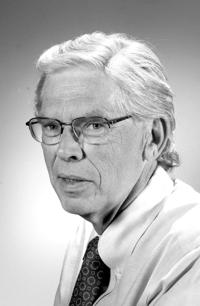 By any measure you choose to apply, Julia Whitehead is a remarkable person.

She is a transplanted South Carolinian, has a degree in English, was a United States Marine, was editor of Military Officers magazine, worked at Random House publishing, taught English in Thailand, spent nine years as a science writer for the persnickety Eli Lilly and Company in Indianapolis, then found what she wanted to do: create and nurture a museum devoted to the life and times and work of Hoosier-born author Kurt Vonnegut.

All of the boxes are checked; she has done what she set out to do and now she is willing to take on the narrow-minded cretins who want to run public education in the state of Florida.

Remember Florida? That’s where Tony Bennett fled to after he scrambled education in Indiana a few years ago. Home of Ron DeSantis and all that.

But we’re getting ahead of ourselves here.

Julia Whitehead had affection for Kurt Vonnegut going back to her youth. She had read his novel, “God Bless You, Mr. Rosewater” and that was it: Mr. Vonnegut was first in the heart and mind of Ms. Whitehead.

Then she came to Indiana, to Indianapolis, to work for Mr. Lilly’s pharmaceutical company, and what did she find? The roots of Kurt Vonnegut, the Hoosier DNA that, in some measure, made him one of the most important writers in America in the 20th century. It was he who gave us Billy Pilgrim in that most important of all antiwar novels, “Slaughterhouse Five.”

And while he lived in New York and Chicago and a lot of other places, we can establish right here, in his own words, what Indiana meant to Vonnegut:

For years, right up until his death in 2007, Vonnegut was not that much revered in his home place. He was always disheveled, often irritating and frequently misunderstood – or not understood at all – by Hoosiers whose humor is just not all that subtle.

So it was against the odds that Julia Whitehead set out on her quest, first with a modest storefront sort of a museum tucked away at the corner of Indiana and Senate avenues in downtown Indy. That opened in 2011 and sufficed until she saw greater things in a century-old building just a few blocks west on Indiana Avenue. To raise the required $1.5 million in 90 days, she turned to the heavy hitters of Indy like Mickey Maurer and Frank Basile. Together they made it happen, and 543 Indiana Ave. became the new home of the Vonnegut legacy in November 2019.

Now armed with the respectability of success and Vonnegut’s passion for free speech, Whitehead has taken on the book burners in Florida.

Using the clout of the Vonnegut name and some donated cash, she has promised to deliver 1,000 copies of “Slaughterhouse Five” to students in the Florida district where a group calling itself “Moms for Liberty” is prowling the shelves of the Brevard County schools in search of bad influences on young minds – things like “Slaughterhouse Five.”

“While there have been other attempts to challenge or ban Vonnegut’s books and other books, this particular episode in our nation’s history is especially important because the local and state-level political leadership appears to support a violation of our First Amendment rights to read freely,” Whitehead said.

Nothing unclear about that.

“Moms For Liberty” claim to be “dedicated to promoting the ideals of liberty, individual rights, limited government and parental rights within the education system.” Their hunt for danger, they claim, is not about banning books. They seek, they say, “content that violates child obscenity laws to be removed from school libraries.”

And so it goes.

“You have misunderstood the meaning of the word ‘liberty,’” Whitehead responded to the Moms. “Removing someone else’s privilege of reading a book is an act that is worthy of rebellion.”

Ed Breen is the retired assistant managing editor for photos/graphics at The Journal Gazette. He wrote this as a commentary for WBAT-AM in Marion.