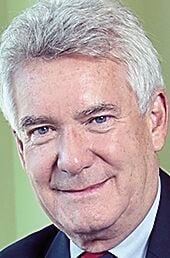 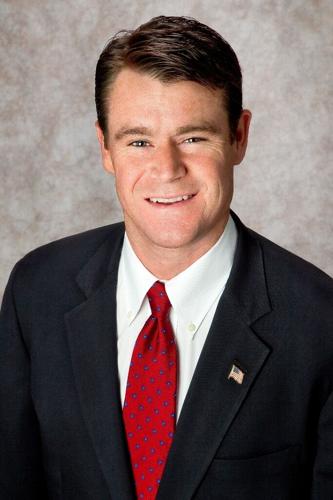 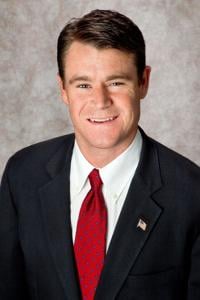 In the emotional wake of the shooting deaths of 19 children and two teachers at an elementary school in Uvalde, Texas, a bipartisan group of Senate negotiators revealed Sunday they had come to an agreement on a package of new firearms-safety measures.

The willingness of 10 Republicans and 10 Democrats to find concordance on an issue that has divided the two parties for decades is a hopeful sign – one that suggests Congress may still be capable of solving its most intractable problems.

The accord doesn’t limit access to military-style weapons such as the ubiquitous AR-15 assault rifle or high-capacity magazines. In fact, it proposes only modest improvements. But it’s a good start, said Paul Helmke, a professor of practice at Indiana University’s O’Neill School of Public and Environmental Affairs.

“There’s a lot more that needs to be done,” said Helmke, a former president and CEO of the Brady Center/Brady Campaign to Prevent Gun Violence and three-term mayor of Fort Wayne. “But given the fact that we’ve done virtually nothing in the last 28 years or so, it’s a bit hopeful.”

Even Sen. Todd Young, R-Indiana, a lawmaker with an “A+” rating from the National Rifle Association, senses a change in attitudes on gun safety.

“This is a town where it’s fashionable to be pessimistic, so for my colleagues to be optimistic suggests there’s really cause for optimism,” Young told online news site Vox.

According to negotiators, the deal would establish a federal grant program to encourage states to adopt red flag laws that allow law enforcement to keep guns from people found by a judge to be a threat to themselves or others. It also requires a mandatory search of juvenile justice and mental health records for gun buyers younger than 21 during criminal background checks.

Other provisions would clarify which gun sellers are required to register as gun dealers who must run background checks on customers, establish new gun-trafficking offenses, and close the so-called “boyfriend loophole.”

That last item is important, Helmke said. In 1968, Congress developed a list of prohibited gun purchasers – “people that had a felony record, people that had been dishonorably discharged, people that have been found to be mentally ill.” And in the mid-1990s, as part of the Violence Against Women Act, Congress added a provision that if a woman had a restraining order against her husband, he wouldn’t be allowed to buy a gun. That legislation did not apply to an abusive live-in boyfriend. The new proposal does.

The former Brady Center CEO has long argued that those who sell pistols and rifles from their “private collections” at gun shows week after week aren’t hobbyists but are in the business of gun sales.

“This bill takes some steps toward the background check system,” he said. “Maybe this is the way to approach it with a new, stronger definition of ‘seller.’ But clearly we need to make sure everyone agrees that dangerous felons shouldn’t be buying guns legally.”

Sunday’s announcement of the first gun-safety proposals in more than 25 years, however, offers no restrictions on the types of weapons sold in the U.S.

“It’s always been clear to me that there are guns out there that are more dangerous than other guns because of the number of rounds that they can fire quickly and the speed in which those rounds leave the gun and rip through the body,” Helmke said. “So I think we need to look at that, whether that’s with the gun or the high-capacity magazine.”

Of concern to Helmke: There’s no guarantee what was proposed will wind up in a bill.

What negotiators agreed to has not been written into legislation.

“Even though it looks hopeful at this stage, I’m sure the NRA is going to start a counterattack, either openly or behind the scenes to try to frustrate this deal,” Helmke said.

Despite the obvious omissions in the proposal, the former Fort Wayne mayor is grateful for the agreement to act against gun violence. We are, as well and hope Sens. Young and Mike Braun agree. Congress must put it in legislation and expedite its passage.