Indiana head coach Tom Allen talks to reporters at Lucas Oil Stadium on Tuesday during the Big Ten Conference media days. The Hoosiers were 2-10 last season, a year after one of the school’s most impressive campaigns. 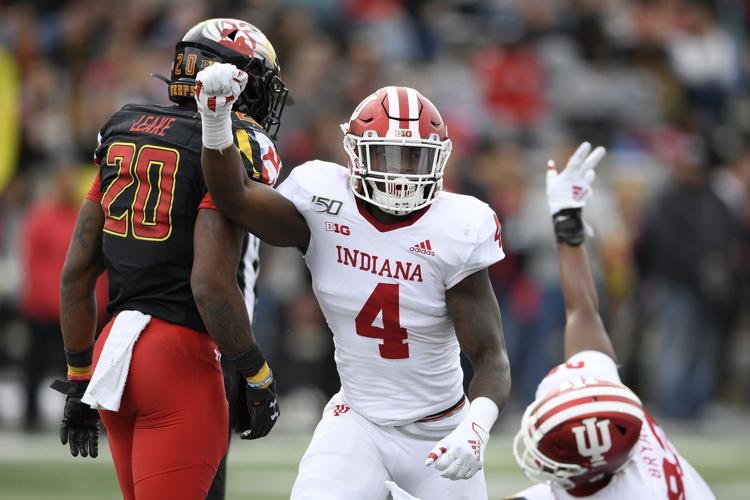 Cam Jones was one of the players who met with coach Tom Allen after the season to discuss what needed to improve. 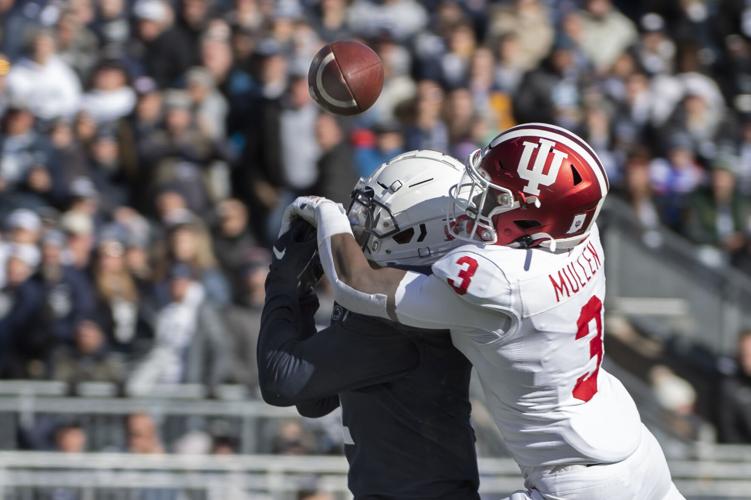 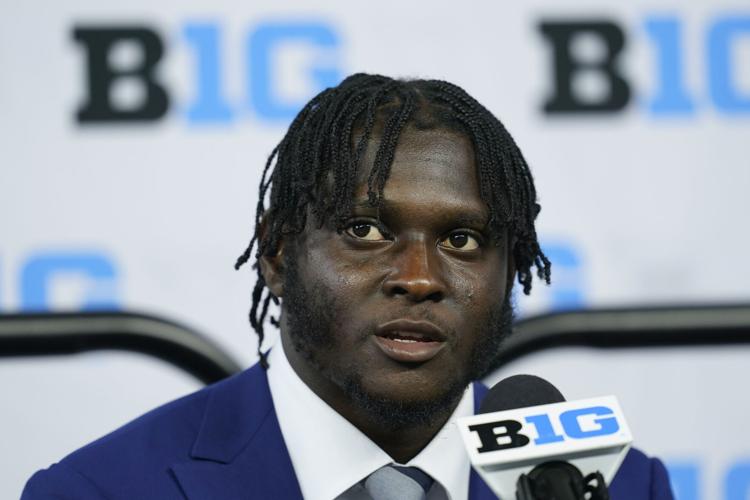 Cornerback Tiawan Mullen is part of a core of defensive players who opted to return to Indiana instead of taking their chances in the NFL.

Indiana head coach Tom Allen talks to reporters at Lucas Oil Stadium on Tuesday during the Big Ten Conference media days. The Hoosiers were 2-10 last season, a year after one of the school’s most impressive campaigns.

Cam Jones was one of the players who met with coach Tom Allen after the season to discuss what needed to improve.

Cornerback Tiawan Mullen is part of a core of defensive players who opted to return to Indiana instead of taking their chances in the NFL.

INDIANAPOLIS – It started against Iowa.

Indiana came into the 2021 season riding high off an historic 2020 campaign, talking about breaking through in the Big Ten East Division and chasing a conference title.

In the season-opener against the Hawkeyes, however, a long Iowa run and an interception thrown by Michael Penix Jr. that was returned for a touchdown pushed the Hoosiers into a 14-0 hole 2:15 in and they never recovered – that night or the rest of the season.

“It was deflating, in a lot of ways,” IU coach Tom Allen said Tuesday at Lucas Oil Stadium during Big Ten Media Days. “We didn’t handle that very well. ... (Our confidence) was shaken. And then you start losing consecutive games and the injuries start mounting.”

Far from building on 2020, the program’s best season in a half-century, the Hoosiers lost their edge, Allen admitted, and the program suffered through a miserable 2-10 2021 campaign that caused the coach to do a complete offseason re-evaluation of the program he has led since the end of the 2016 season.

One of Allen’s takeaways was the necessity of bringing back the edge with which the Hoosiers played in 2019 and 2020, when they went to January bowl games.

The process for rediscovering that edge began immediately. The morning after the Hoosiers’ season ended with a 44-7 loss to rival Purdue – their worst loss to the Boilers since 2008 – a group of players led by linebacker Cam Jones held an hour-long meeting with Allen about what needed to change for 2022. The coach was “fired up” about the players’ commitment to avoiding a repeat of the ‘21 campaign and said the meeting represented a turning point for the program.

Allen declined to go into specifics about the issues discussed in the meeting, but he noted he wanted names of players who weren’t “all in” and “the honest truth about everything.”

In the weeks following that meeting, Jones and quarterback Jack Tuttle, on their own initiative, created and presented to the rest of the team a PowerPoint on points of emphasis for the offseason and the upcoming campaign. Though Allen approved the presentation, he was not involved in its creation and was not in the room when it was presented to the team.

“Sometimes it gets monotonous, it gets tiring just hearing the coach explain the same thing over and over again,” said Jones, who is entering his third season as a captain. “So for me and Jack to get in front of the team, I think they actually listened. ... We just emphasized how important it is to treat people right, how important it is to carry yourself right, to pick people up and just train as hard as you can every single day.”

As the offseason wore on, the Hoosiers got boosts from a key group of players who decided to forego the NFL Draft and return to Indiana for a chance to re-write the story of their careers in Bloomington. Among those were Jones, defensive back Devon Matthews and cornerbacks Jaylin Williams and Tiawan Mullen.

Of those, Mullen might be the most impactful. A First-Team All-American in 2020, when he intercepted three passes, broke up four more and notched 38 tackles and 3 1/2 sacks. He was limited to seven games last season because of an ankle injury and wasn’t fully healthy for all the games in which he did play.

The senior from Fort Lauderdale, Florida, now fully healthy, returned in part to play with his younger brother, Trevell Mullen, an incoming true freshman at IU, but also because he “couldn’t end on that note.”

“You’re gonna go through hard times, but hard times don’t define you,” Mullen said. “As a man, as a human being, it doesn’t define you. It only defines you when you don’t do nothing about it, and we’re blessed enough to have another season to do something about it, to change the narrative of the 2-10 season because I guess everybody forgot what we did the (previous) two years.”

As the Hoosiers prepare to try – again – to change the perception of their program, they have an advantage over last season: a lack of expectations. The preseason Big Ten media poll, released Monday, designated Indiana for a last-place finish in the Big Ten East.

After insisting the Hoosiers needed “earmuffs and blinders” last offseason to avoid buying into their preseason hype, Allen said Tuesday his team now needs the same devices to avoid predictions of another bottom-of-the-barrel finish.

“I get it, we earned it,” the sixth-year coach said of the last-place projection. “That’s part of the process you go through. I feel like our team understands that we’ve got a chip on our shoulder and something to prove.”

The Hoosiers have tried to perform a delicate balancing act this offseason: keeping the lost season in the rearview mirror while still internalizing the lessons it taught them. They believe they’ve succeeded and better days are ahead.

“I don’t dwell on it, but it does add a little fire,” Mullen said. “What happened last season, that wasn’t us, that wasn’t our identity. But everything happens for a reason and it’s football; just because you went 2-10 doesn’t mean you can’t go 12-0 this season, or 10-2. It’s just about how you look at things and what you’re going to do about it.

“We learn from it. It’s been a quiet summer for us. Sept. 2 (against Illinois in the season-opener) we’re ready to put it on display.”