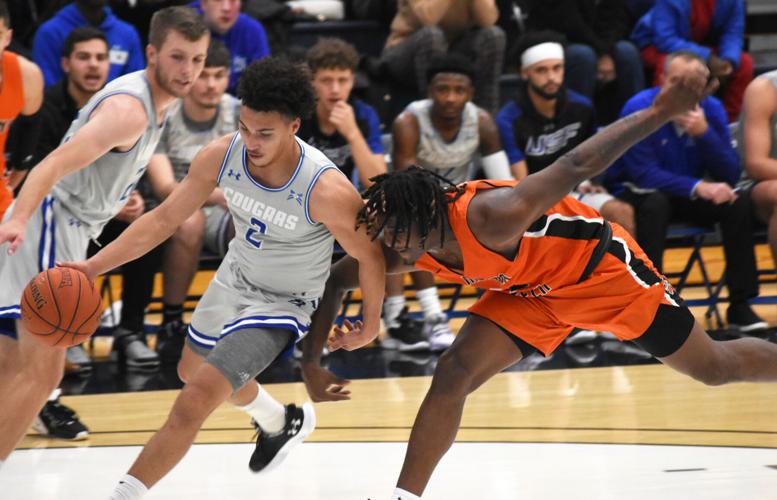 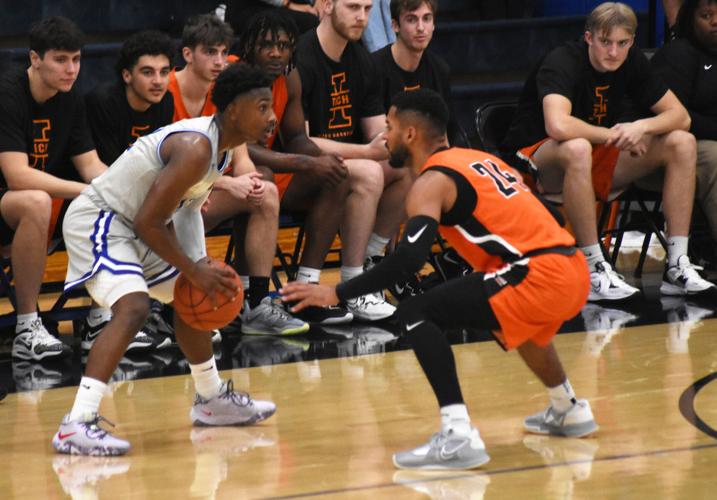 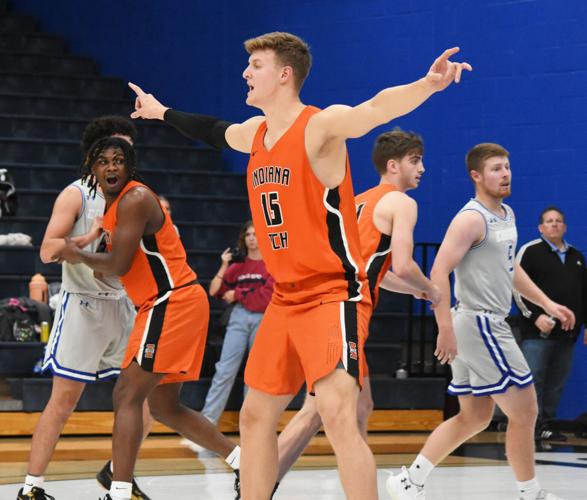 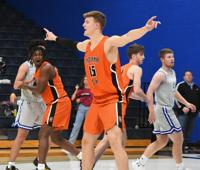 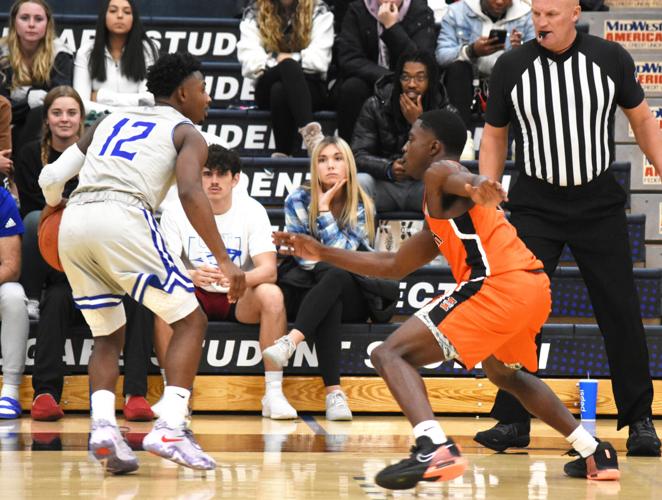 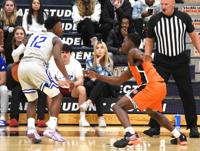 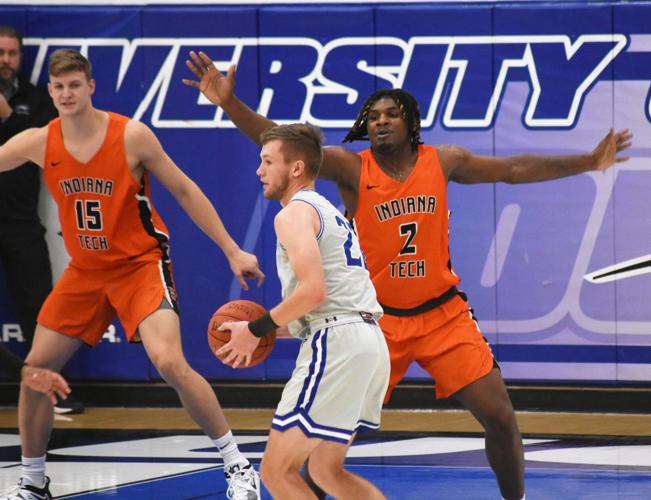 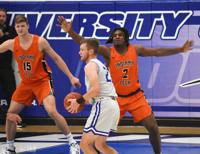 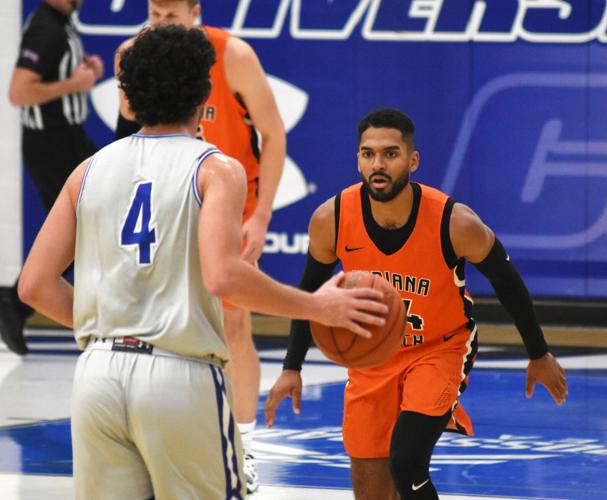 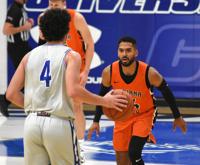 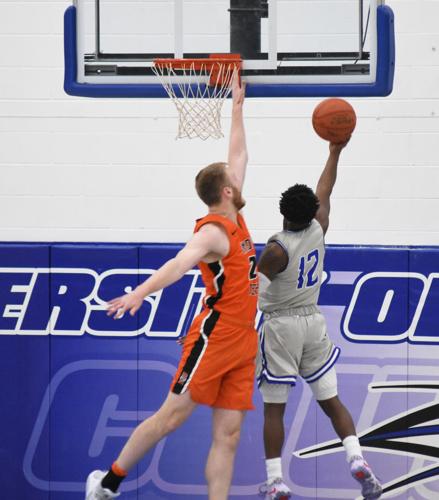 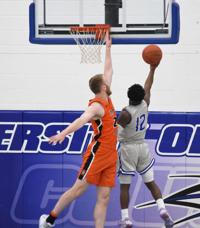 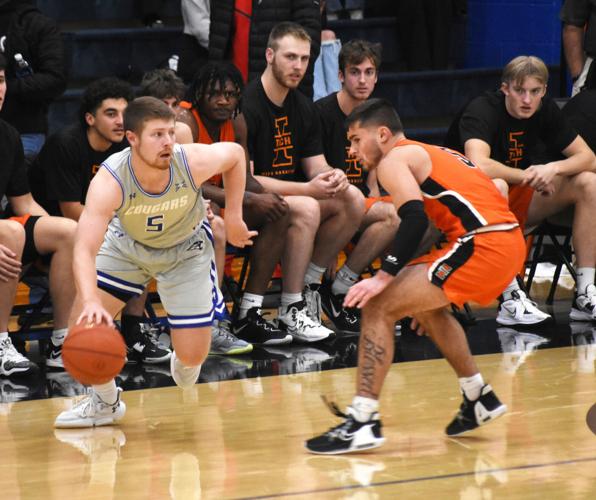 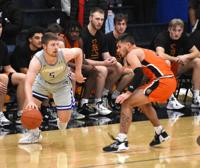 When the Saint Francis men’s basketball team took the court Wednesday night for their first home game of the season, they knew they had a tough opponent in front of them: Indiana Tech, the 17th-ranked team in NAIA and a crosstown rival that was itching for its first victory over the Cougars since 2018.

But the Cougars had some intangibles they felt were in their favor, such as the “grit” that guard Antwaan Cushingberry referenced or the tough early-season scheduling that, according to guard Dan McKeeman, had hardened Saint Francis for a grudge match such as this.

Those facets came in handy as the Cougars roared out to an early 16-point lead, staved off repeated Indiana Tech second-half runs and held on for a 78-74 victory at the Hutzell Center.

“We just had to dig deep and find something in us to win that game,” said Cushingberry, who had a game-best 20 points on 7-of-12 shooting, along with six assists, five rebounds and two steals. “So, a shout out to my teammates, man, they’ve been practicing all week and I want to shout out to them because they played great and we found a way to win.”

Saint Francis (4-2) was coming off back-to-back losses to No. 20 Cumberland and Shawnee State, which could be ranked soon, to say nothing of the 104-59 loss to Indiana in an exhibition at Bloomington on Nov. 3.

“We’ve played so many good teams to start the year and we’re going to play so many good teams the next four or five games, so we know each game is going to be a tough one,” said McKeeman, a Carroll graduate who had 10 points, including two key late-game baskets from the lane when the Warriors were a shot away from taking the lead. “If we can just play together, we think we’ve got a good chance of winning every game we play.”

Saint Francis, which got 16 points from Joe Reidy, a Woodlan graduate, and 11 from Branden Northern, has won four straight meetings with Indiana Tech (5-1).

The Warriors’ résumé included a victory Oct. 29 over Indiana Wesleyan, then the fifth-ranked team in the nation, and Wednesday seemed like the night they might change their misfortunes against the Cougars. But Saint Francis had superior shooting in the first half, 54.8% to 37%, to take a 43-29 lead at intermission.

In the second half, Indiana Tech was the better shooting team, 51.6% to 38.5%, and it finished with a 42-28 advantage in rebounding. But it couldn’t overcome Saint Francis’ penchant for big plays at big moments, such as Brayton Bailey’s drive for a basket and a 67-64 lead, as he was checked to the floor, on the heels of a Josh Kline jump shot for the Warriors.

“We’ve always got to protect our home floor and we know it’s going to be a street fight every time we play Indiana Tech,” Cougars coach Chad LaCross said. “I have a lot of respect for coach (Ted) Albert and what they do. You could see that they started to play to their strengths in the second half and just kept pounding us inside.

“I just felt like we made one more play than them down the stretch to get the win.”

Indiana Tech’s Rog Stein had 14 points, nine rebounds and eight assists. Cory McKinney had 13 points, including back-to-back 3-pointers in the second half that had the Hutzell Center crowd nervous the Warriors may overcome their early doldrums. Kline and Steve Helm added 10 points each for Tech.

“Basketball is a game of runs and we’ve been talking about that all week in practice,” Cushingberry said. “I think we just got locked in, made some stops and made some big plays down the stretch.”