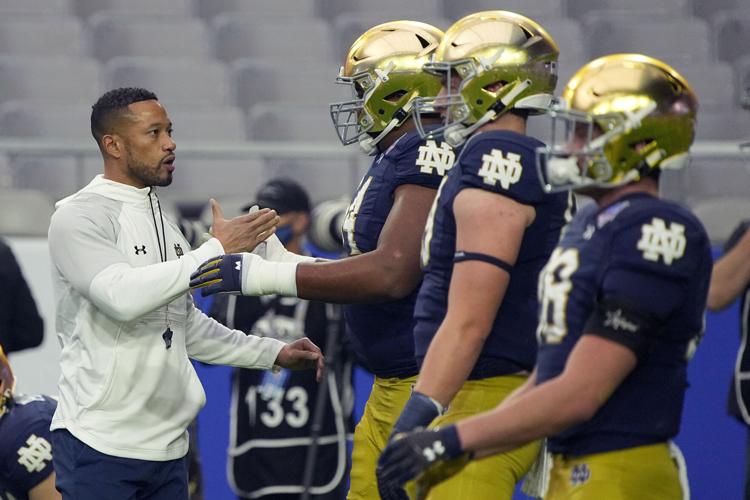 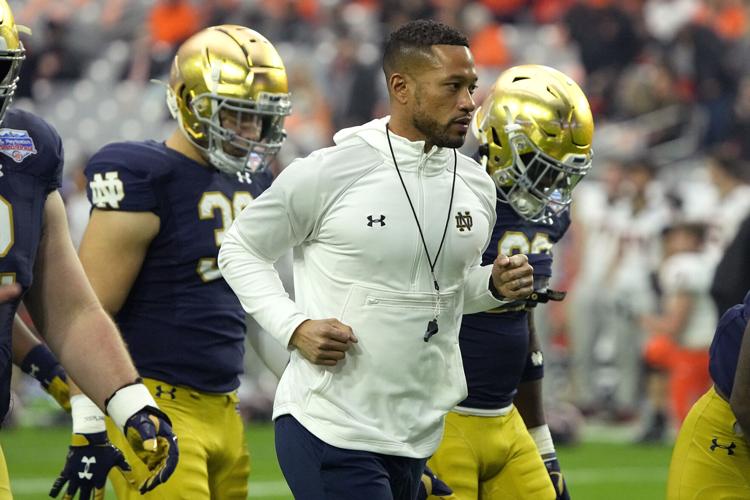 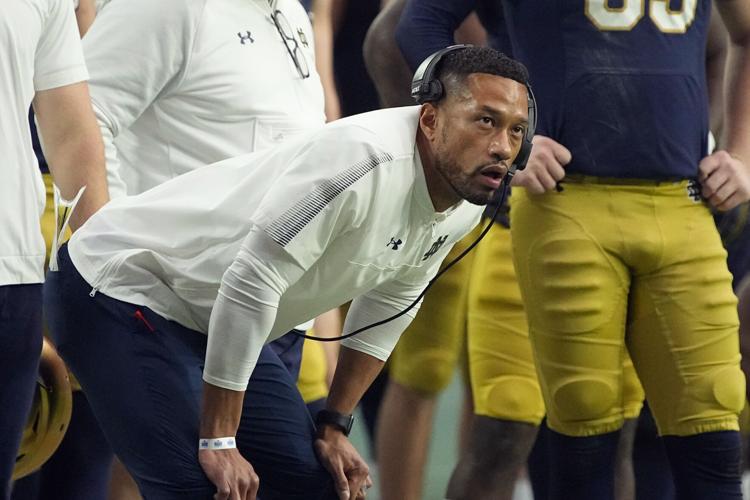 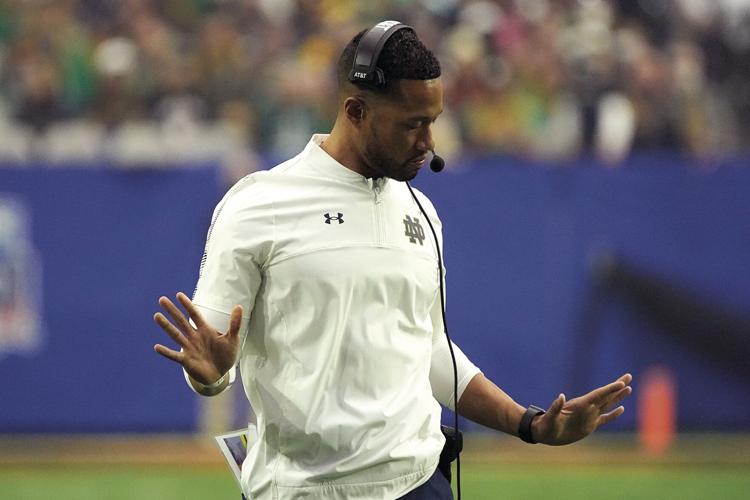 Notre Dame head coach Marcus Freeman has assembled the second-best recruiting class in the country for 2023.

Notre Dame head coach Marcus Freeman has assembled the second-best recruiting class in the country for 2023.

In the final years of former coach Brian Kelly’s tenure at Notre Dame, a so-called “talent gap” separated the two-time College-Football-Playoff-participant Irish from the most elite teams in the country, the Alabamas, Georgias and Clemsons.

When Marcus Freeman took Kelly’s place in December after the latter bolted for LSU, the new coach sounded a determined note: he was going to close that gap with better recruiting.

Then, as he went about putting together a staff, Freeman hired a group of assistants who are “relentless recruiters.”

The first-time head coach’s efforts appear to be paying off. On Friday, the Irish landed a commitment from class of 2023 four-star receiver Jaden Greathouse, whose decision catapulted the Irish back to the perch they have occupied for much of Freeman’s first recruiting cycle as head coach as the No. 1 class in the country, according to 247 Sports. They have since dropped to No. 2 behind Ohio State.

Is Notre Dame going to finish with a top two class in the country? Probably not. All that said, we’re plenty far enough into this cycle to deduce the 2023 Irish class is different than the ones that came before it.

When Greathouse committed, it pushed Notre Dame to 285 total recruiting “points” on the 247 Sports rankings – each commitment is assigned a number by the service; the higher-ranked the recruit, the more valuable the commitment. Those 285 points are already more than the 284 Kelly achieved in 2013, his best class at Notre Dame, which was fifth in the country and which featured No. 2 overall recruit, Fort Wayne native and future NFL linebacker Jaylon Smith from Bishop Luers among its 23 signees.

Freeman has already surpassed Kelly’s top class with just 20 commitments in 2023. In fact, Notre Dame’s 2023 class is No. 3 in the country (behind Alabama and Ohio State) in average points per recruit, ahead of powerhouses Georgia and Texas A&M, meaning the Irish are pulling in high-level players (18 are four- or five-star players) in addition to landing a slew of commitments.

When Kelly left Notre Dame and said he was happy to be someplace that had the resources to win a national championship, it was fair to wonder whether his successful-but-titleless tenure with the Irish was proof that no coach can win a national championship at Notre Dame in the 2020s. Were Kelly’s recruiting classes – consistently between eighth and 15th in the country – as good as Notre Dame can do? Freeman doesn’t think so and he has set out this year to prove it. The early returns are extremely positive and Freeman’s relentless attention to the project of building an elite class, as well as his choice of assistants who connect with recruits on the trail and his personal gift for salesmanship, appear to be making a difference at this early juncture.

To be clear, Notre Dame will probably not be able to achieve full recruiting parity with Georgia, Alabama and Ohio State. Those schools are a cut above the rest in the efficiency of their recruiting machines and will likely remain so as long as Nick Saban is at Alabama, Kirby Smart is at Georgia and Ohio State is the go-to destination for players from one of the most talent-rich states in the country. What Freeman is trying to prove the Irish can do, however, is achieve parity with schools such as Clemson and, yes, LSU and bring in top-five classes on a regular basis. Those teams have proven in recent years that if you can stack top-five classes on top of each other and find an elite quarterback along the way, you’ll be in the national championship hunt.

Of course, Freeman has not stacked any kind of classes yet. If the Irish go a disappointing 9-4 in his first season at the helm, the calculus could change quickly for recruits who are excited about what the fresh-faced coach is building at Notre Dame. For now, however, all signs point to Freeman being able to raise the level of talent flowing into South Bend.

If wins on the field follow, that so-called talent gap could start to shrink, quickly.

Dylan Sinn covers college football for The Journal Gazette. He may be reached at dsinn@jg.net

Dylan Sinn covers college football for The Journal Gazette. He may be reached at dsinn@jg.net