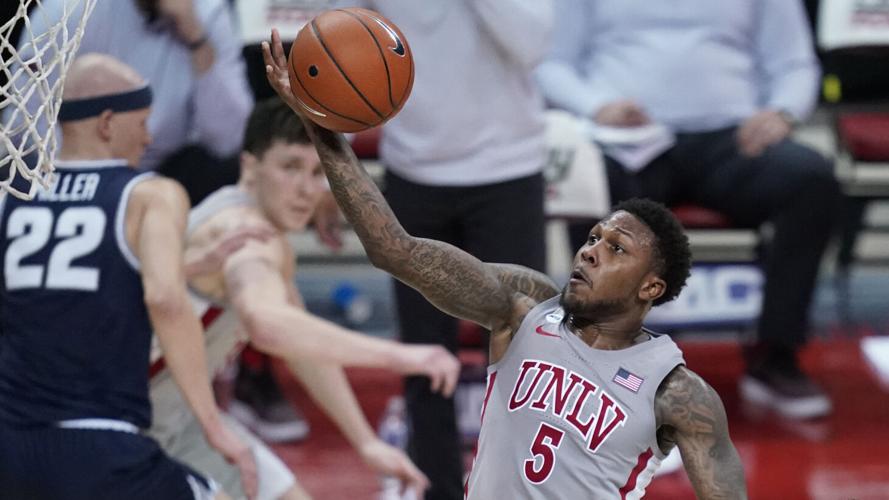 Former Summit League standout David Jenkins Jr. will play for his fourth school when he joins Purdue next season. 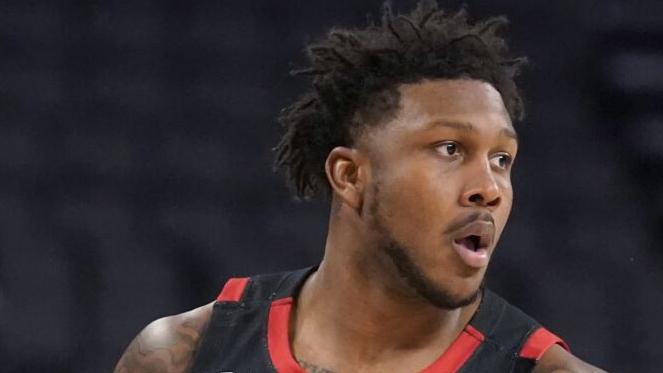 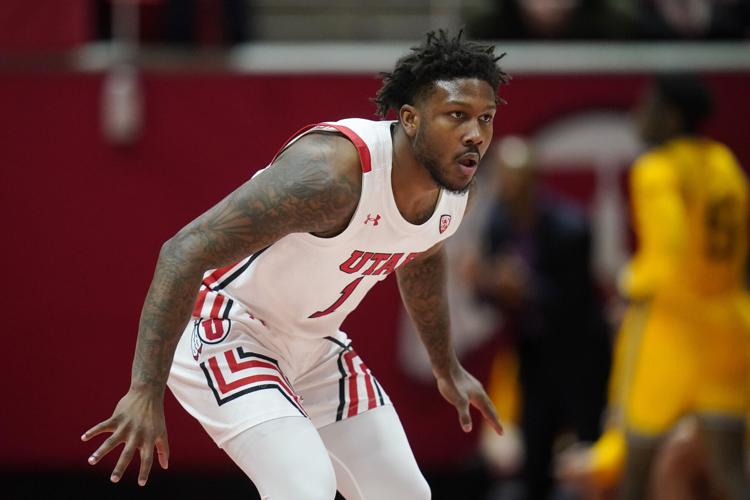 Former Summit League standout David Jenkins Jr. will play for his fourth school when he joins Purdue next season.

When Purdue coach Matt Painter was presented with the Mad Anthonys Red Coat in May, he spoke about his philosophy of team-building.

“It’s something we really work towards is having guys who fit on our team,” Painter said at the Clyde Theatre. “I work very hard at trying to piece things together. Your puzzle is never complete. Something’s always going on and you’re working toward improving that.”

Painter might still be working on putting pieces together for future years, but as of Wednesday, the Boilermakers’ 2022-23 roster puzzle is complete. The final piece is guard David Jenkins Jr., a graduate transfer guard from Utah who committed to play his final season of eligibility for the Boilermakers.

Jenkins will be playing for his fourth school in the fall, having climbed from the Summit League – he started his career with two seasons at South Dakota State – to the highest level of college basketball.

He was one of the Summit League’s best scorers in his two seasons with the Jackrabbits, averaging nearly 20 points and shooting 45.3% from 3-point range as a sophomore in 2018-19. He sat out 2019-20 after transferring to UNLV and then averaged 14.8 points on 39.9% 3-point shooting in his one season with the Rebels, earning All-Mountain West honors in the process.

“At South Dakota State, I liked being there and playing in the Summit League, but I wanted to take my game to a new level,” Jenkins said in an interview with Andy Katz last season. “I really wanted to challenge myself so that’s why I ended going to UNLV in the Mountain West, which is a better conference, and then going to the Pac-12, which is an even better conference, one of the best in the country.”

His most recent stop was Utah, where he started 10 games and played 19.1 minutes per contest last season. In his first season in a high-major conference, the 6-foot-2, 195-pound Jenkins averaged 8.5 points on 39.6% from beyond the arc for the Utes.

“My game, I think I get my shots a lot easier now. When I was younger, I would always try to take the tough shot,” he said “I don’t have to work as hard for my buckets. I think more than anything the game has slowed down for me, I’m more mature and I think I do a better job of playmaking.”

While not a pure point guard, Jenkins is capable of handling the ball and can take some pressure off freshman Braden Smith and wing Ethan Morton, who is also likely to get some reps at point guard this year.

At Utah, he often played off the ball and was set up for shots by teammates. He hit at least four 3s in a game five times with the Utes.

Though he’s not the type of pure point guard Purdue originally coveted, he is capable of handling the ball and the Boilermakers needed a player with that type of shooting ability to fill some holes.

The Boilers thought they had a local replacement in high-scoring Indianapolis native Nijel Pack, one of the most coveted transfers on the market this offseason, but the former Kansas State standout spurned the Boilers for a reported $800,000 Name, Image and Likeness contract at Miami (Florida). Other pure point guard targets such as Courtney Ramey and Tyrese Hunter also opted to play elsewhere, leaving the Boilers a guard short of a full backcourt just 3 1/2 months before the start of fall practice.

At the Red Coat presentation, Painter discussed what his team was missing.

“We have to sign one more player and we’re looking for a point guard,” Painter said. “We have one (freshman Braden Smith) already in the fold, but you guys know you need more than one point guard.”

Now he has two and the newest one, Jenkins, will be the only senior set to play for Purdue next year.

Once Jenkins gets on campus, a battle will begin for the Boilers’ starting guard spots vacated by Hunter and Stefanovic. One of them is likely to go to redshirt junior Brandon Newman, though he will have to prove his defensive bona fides before being handed a spot in the lineup. If Newman does get the nod at shooting guard, the Boilers will have to decide between Jenkins, Smith, Morton and incoming freshman and Homestead graduate Fletcher Loyer at the other guard spot. If Jenkins plays well enough in preseason practice to claim a starting spot for himself, the Boilers would be free to bring Loyer and Smith along more slowly (or even redshirt one or both of them) and use the 6-foot-6 Morton at small forward as an extra ball-handler on the wing. Little about Purdue’s rotations is settled yet beyond Edey at center and Mason Gillis at power forward.