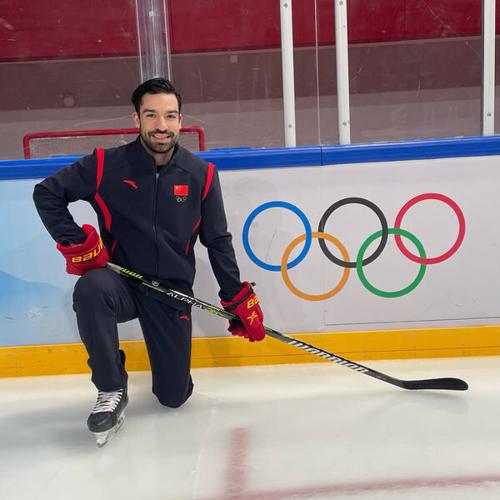 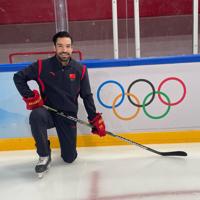 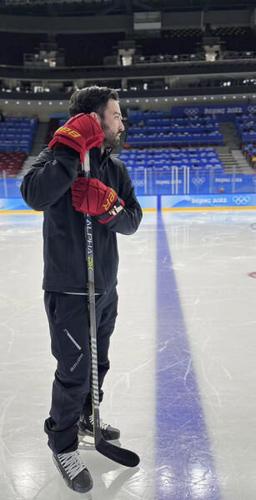 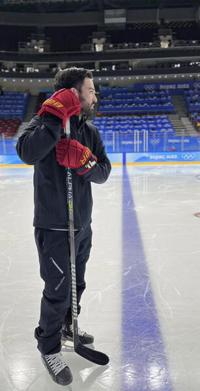 “I want my own team and want to use all the knowledge I've learned to push players to be their best and win a championship,” Baptista said Thursday.

The former Komets forward added an intriguing section to his résumé as an assistant coach for China's women's Olympic hockey team, which as the host team went 2-2-0 at Beijing. China defeated Denmark 3-1 and upset rival Japan 2-1 in an overtime shootout, narrowly missing advancing to the quarterfinals from group play.

“I loved the overall experience,” said Baptista, who had been working with the team since last summer. “Obviously, the best part was the success our team had, especially against Japan. That win was like when we (with the Komets) finally beat Toledo in the playoffs my third year (2017-18), when we went all the way to the conference finals.

“I had my proudest coaching moments (with China), especially when one of the players executed and scored her first Olympic goal (by) executing what we worked on all year.”

That Baptista has been coaching should come as no surprise to fans of the Komets, who play host to the Toledo Walleye at 8 p.m. today at Memorial Coliseum. Baptista skated for Fort Wayne from 2015 to 2019 and was lauded for his insightfulness on the ice.

He looks back on the coaches he worked with here – Gary Graham, Ben Boudreau and Olivier Legault – and recognizes how much they've shaped his fledgling coaching career.

“The year we went to the conference finals, I was able to learn a ton of the ups and downs you will go through as a top contender,” Baptista said. “I learned a lot from Grammer and Benny on how to handle certain situations from a head and assistant perspective. Both were great mentors during my time as a player. (Legault) really helped me understand how to manage individuals as he took a lot of time to work with guys that were either in and out, or just going through a rough patch.”

Baptista, 32, has a significant presence on social media – @Bapshockey – where he does instructional videos and breaks down game film. He played seven seasons in the professional ranks, finishing in 2020-21 with 17 goals and 43 points in 38 games, and capturing the Southern Professional Hockey League's MVP award, for the Macon Mayhem.

Leading up to the Olympics, Baptista was focused on skills development with the Chinese team, which had been playing as the KRS Vanke Rays in Eurasia's Zhenskaya Hockey League. He'd assess each of the players and tailor specific drills for each of them, bearing in mind that opposing teams were going to be aggressive against a Chinese team that wasn't expected to do much in Beijing.

“Closer to the Olympics, I focused in on skills off the rush because that's where I believed we'd get a majority of our chances. And wall work, as we knew teams would be pressuring us a lot harder than most,” said Baptista, a native of North York, Ontario. “I had to adapt how I taught things simply because I'd get more questions than in men's hockey. That helped me be more deliberate with what I was teaching each player.”

Once the games began, he helped head coach Brian Idalski with pre-game preparation and in-game adjustments. He wasn't on the bench during games, which included losses to the Czech Republic and Sweden, but was close by in the stands and looking for potential video reviews, also helping make adjustments during intermissions.

Baptista played 180 regular-season games with the Komets, totaling 54 goals and 126 points. In 27 playoff games, he added three goals and 13 points. He wasn't the only former Komets player involved in the Olympic hockey: Pat Nagle was a backup goalie for the U.S. and Roman Will for the Czech Republic.

“There was a ton of pressure, but our girls did a great job of handling it and our head coach did a great job shielding the athletes from all the extra (attention) that comes with being a host nation. After that first period, I felt that we were able to manage the pressure well,” Baptista said.

“I'm very proud of the group. Everyone expected us to struggle and underperform. It was the message we kept hearing from the outside. Through it all, when the games started, they stepped up and pulled off two massive wins with the one against Japan being a bit more special for the Chinese.”