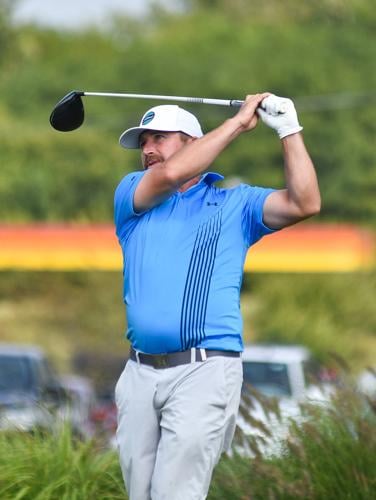 Rory Ransburg will go for his second straight City Championship. 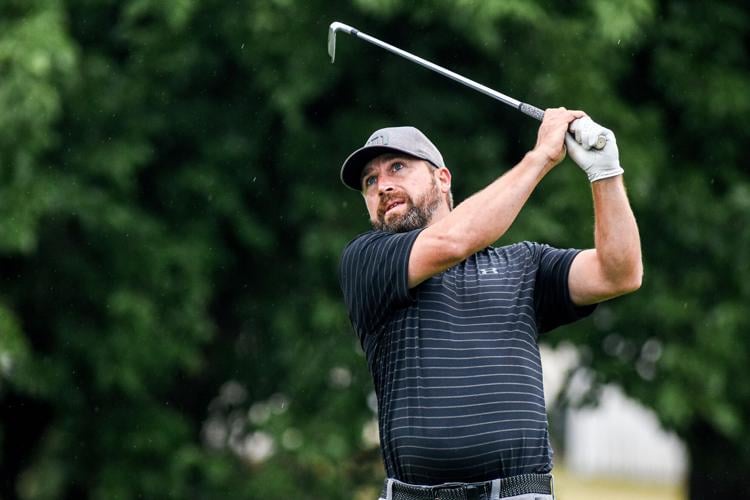 Rory Ransburg tees off while competing in the 2020 City Championship at Coyote Creek. 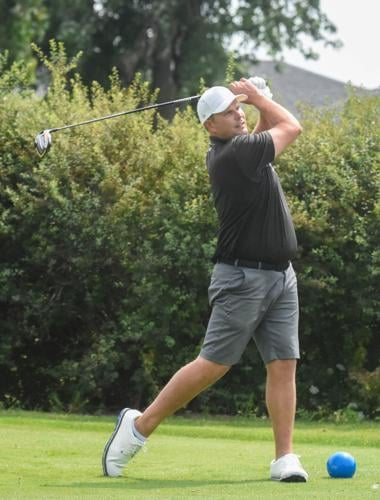 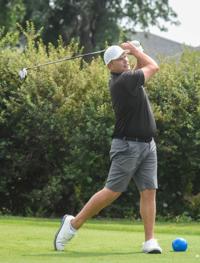 Heath Peters tees off on the 17th hole of Brookwood Golf Club in the 2021 City Championship. 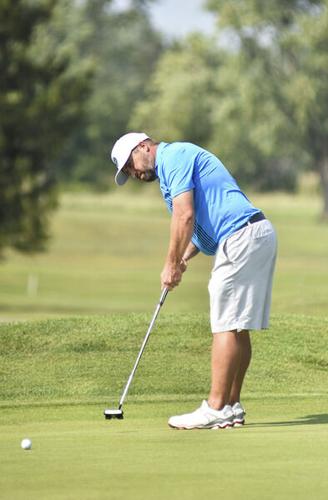 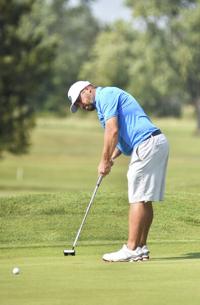 Rory Ransburg will go for his second straight City Championship.

Rory Ransburg tees off while competing in the 2020 City Championship at Coyote Creek.

Heath Peters tees off on the 17th hole of Brookwood Golf Club in the 2021 City Championship.

When Rory Ransburg walks to the first tee at Autumn Ridge Golf Course today, he’s going to try and disremember that he’s the favorite to win the City Championship.

That’s easier said than done, of course, since he won the Fort Wayne Golf Association’s marquee tournament last year for the first time, shooting a three-day score of 11 under at Brookwood Golf Club, where he posted a 3-under 69 in the final round.

“I know I’m the defending champ, but I’m not going to go into it thinking that way,” said Ransburg, 43. “I mean, everybody starts off the same and I just want to play my game and hit it well off the tee, and hopefully be in position on Sunday. That’s everybody’s goal, but I’m just trying to keep it simple.”

Not to belabor the point, but is it really that easy to forget these particular stakes?

“I don’t think so,” Ransburg said, “but I guess we’ll find out Friday.”

And a victory for Ransburg would add to one of the most illustrious seasons in FWGA history; he’s won four of the five tournaments he’s played, including the Hall of Fame Championship at Coyote Creek (5-under over two days), the Little City at McMillen Park (1 under), the Summit City Classic at Chestnut Hills (7 under), and the Amateur Open at Brookwood (8 under).

Last weekend, however, was a reminder that nothing is guaranteed. At the FWGA’s Interclub Championship, an annual one-day litmus test for the City Championship because they’re at the same venue, Heath Peters had the best individual score – a 4-under 68, two strokes better than Ransburg and Evan Riecke.

It was Peters’ first FWGA event of the season and a reminder how formidable the former Garrett and Indiana University player can be. Peters won the 2020 City Championship at Coyote Creek, where he was 9 under, and tied for fifth last year at 7 under after coming into the final round tied with Ransburg for the lead.

Joe Hayden was last year’s runner-up at 9 under, followed by Luke Miller (8 under), Logan Ryan (8 under) and Garrett Willis (7 under), but those four players aren’t competing this year.

“I feel confident and I trust what I’m doing. That’s all I can really ask for,” said Ransburg, a former East Noble and University of Indianapolis player, who works for Mediacom Communications. “I’m just going to go out there and play and see what happens. I’m never the type of person who puts too much pressure on myself. I think I did in the past, and it always kind of bit me in the foot.

“It is nice at Autumn (Ridge) to just be able to start off on No. 1 and you’re not hitting driver there, so you just hit something and get a feel for the round and get going before some of the tighter holes come up.”

The last few City Championships have had a grip-it-and-rip-it feel with younger power players – some from the college ranks such as Ryan and Miller – wowing with their distance. They will have opportunities at 6,518-yard Autumn Ridge, but the course requires a level of accuracy that could have players leaving their drivers in their bags often to avoid messing with out of bounds and hazardous territories.

“You’ve just got to really lay back on some of them,” Ransburg said. “Everybody loves to hit driver, but that course takes driver out of my hands on five, six or seven holes. It is what it is. People will be hitting from the same spots on a lot of holes. I feel like I have a good game plan and I feel good about my hybrid and 3-iron off the tee, so hopefully I’m hitting it well from the start Friday morning.”

Looking to see some future stars? Making it to the City Championship’s field of 158 players, through the qualifying tournament, were 13-year-olds Landon Snyder and A.J. Shambaugh – who shot 71 and 80 at Brookwood – and 14-year-old Alex Holder, who had a 71.

Johnny Strawser: Always in the hunt – he’s been a runner-up – this is at his home course.

Lance Hoch: He’s second in the FWGA’s Player of the Year standings, with a 65 at Brookwood.

Evan Riecke: He finished fourth in the 2020 City and has the tools for low scores.

Chris Schweitzer: Placed seventh last year and is third in the Player of Year standings.

Tom Kocks: Finished seventh last year and has been in form in FWGA events this year.

Bradley Hardin: Fired a 67 last year at Brookwood and has placed as well as fourth.