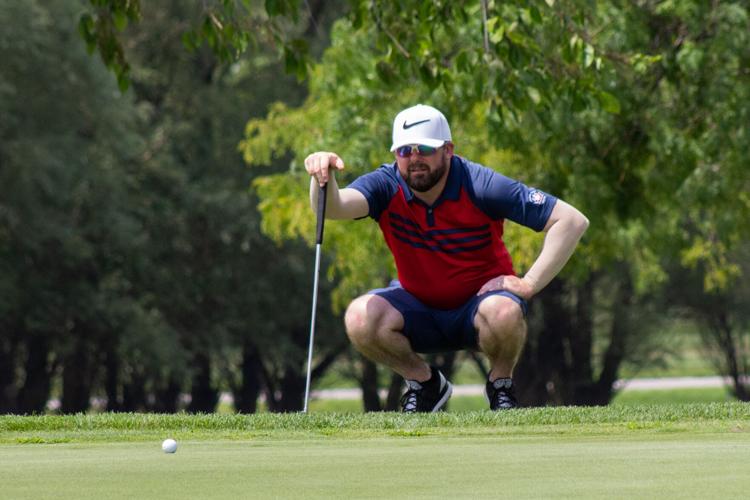 Johnny Strawser lines up a putt in the final round of the City Championship at Autumn Ridge Golf Course. 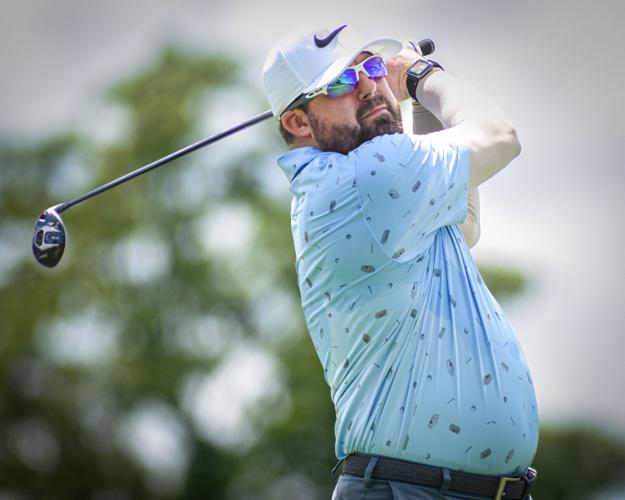 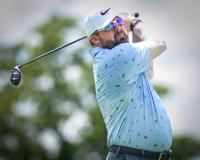 Johnny Strawser tees off in the second round of the City Championship in August at Autumn Ridge Golf Club. 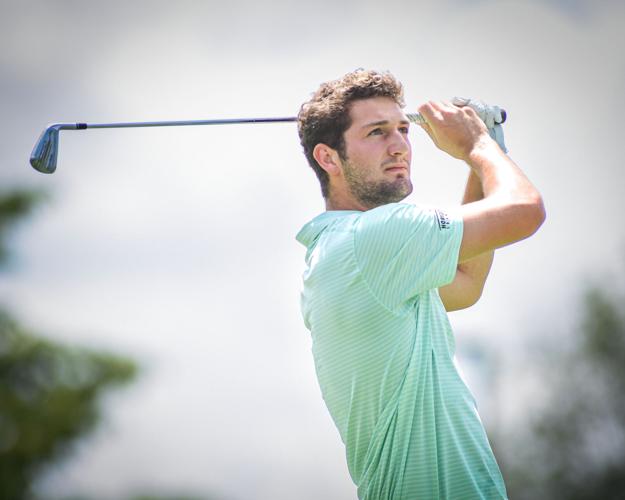 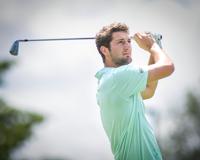 Jonny Filler tees off in the second round of the City Championship at Autumn Ridge Golf Club, where he won in August. 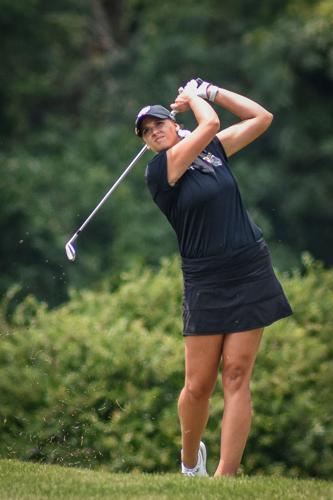 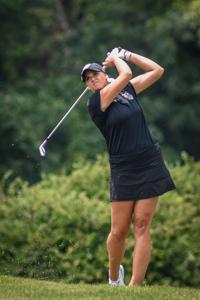 Emma Schroeder follows through on a swing in the Women’s City Golf tournament at Chestnut Hills Golf Club in July. 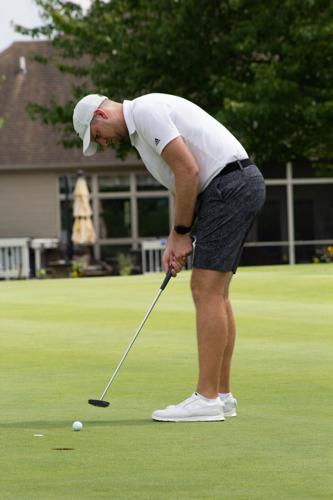 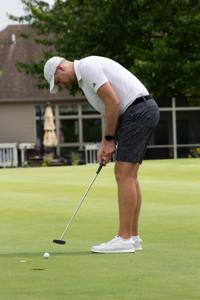 Michael Jenkins putts on the third hole at Autumn Ridge Golf Course at the City Championship in August.

Johnny Strawser lines up a putt in the final round of the City Championship at Autumn Ridge Golf Course.

Johnny Strawser tees off in the second round of the City Championship in August at Autumn Ridge Golf Club.

Jonny Filler tees off in the second round of the City Championship at Autumn Ridge Golf Club, where he won in August.

Emma Schroeder follows through on a swing in the Women’s City Golf tournament at Chestnut Hills Golf Club in July.

Michael Jenkins putts on the third hole at Autumn Ridge Golf Course at the City Championship in August.

Johnny Strawser was a terrific college golfer, a three-time all-conference selection with a career average of 75.99 strokes per round at Detroit Mercy from 2000 to 2003.

Now one of the best amateur golfers in northeast Indiana, Strawser, 41, is able to look back and realize that decades of experience against the city’s best players – regardless of age – and having seen almost every conceivable situation on the course has made him much savvier than he was for the Titans.

“The more you gain experience, and the more you watch golf, especially competitive golf, you just learn from your failures,” Strawser said. “There have been a lot of times I’ve had chances to win and, even if I didn’t win, you just kind of learn from it. If I had this type of knowledge back when I was 18, 19 years old, I’d be a different player.”

One of the most compelling facets of the local golf scene – particularly the Men’s City Championship (a Fort Wayne Golf Association event) and the Women’s City Tournament (a Fort Wayne Women’s Golf event) – is seeing the area’s best college and high school players compete with their elders.

It often has a vibe of grip-it-and-rip-it youngsters going against methodical veterans, but that’s not always the case. For instance, Heath Peters, who won the 2000 Men’s City Championship, decades removed from his career at Indiana University, wallops the ball as far as anyone. And Jonny Filler, who won this year’s tournament in August with a three-day score of 7 under at Autumn Ridge Golf Course, while preparing for his college season at Cleveland State, outpaced the field through final-round consistency and cool-headedness.

More often than not, though, it’s a contrast of styles between the older players and the college players, especially when it comes to the mental approach to golf and dealing with bad shots, difficult lies and stringing together multiple good rounds.

Sometimes the scene can be comical. As noted by Nick Holder, a Purdue Fort Wayne golfer, the older players at the City Championship often have a beer in hand and a more leisurely attitude, while the college players come in like it’s any other event they play during the year, walking with an air of seriousness.

And the veterans, statistically speaking, are more frequently victorious at local tournaments; of the last 20 men’s city champions, seven have been college age, but the gap has been closing.

“I think college kids overcomplicate it too much,” Holder said, “and (older golfers) play the game how it is, right in front of you. I think the difference between us young guys and them is we hit one bad shot and we freak out; we think we should be perfect. With their experience, they know everything’s not going to be perfect, and I think that’s the main difference between playing with these older guys and in a college tournament.”

At the Women’s City Tournament, participation has become a bit of a problem and this year’s tournament was pared from 54 to 36 holes to make players more likely to enter. Held in July, many of the college- and high school-age golfers still opted out for other tournaments or just weren’t steered to compete in the City Tournament by their coaches, which is something FWWGA organizers would like to change. They feel it’s such a valuable competitive experience that up-and-coming tournament players who are able to play, should play.

This year’s tournament was won by Makenna Hostetler, who plays for Indiana Wesleyan, with a two-day score of 5 over at Chestnut Hills Golf Club. She was the third straight college player to win the event.

“There’s a way that older players look at a course, and it can be different,” said Emma Schroeder, who won the 2021 Women’s City Tournament, when she was on the PFW team. “Me, back in high school, I was just kind of swinging and hitting, hoping it ended up good. Now, I have a plan and you just want to execute it.”

Michael Jenkins, who tied for fifth place at this year’s City Championship at 2 under (three strokes better than Strawser), got a kick out of playing with college players such as Filler just over a decade after his college golf career at then IPFW.

“I feel like I’m a better player now than I was at IPFW. But it is fun to compete against those guys because they’re playing at a high level,” he said, adding it’s just as motivating for him to watch players from the senior ranks, such as Steve Vernasco, be in the hunt at big events by using wisdom younger players lack.

“You just try to take every shot one at a time – and I know it’s cliché to say it – but when you get ahead of yourself, typically, things start to go downhill and you’ve got to stay in the moment.”