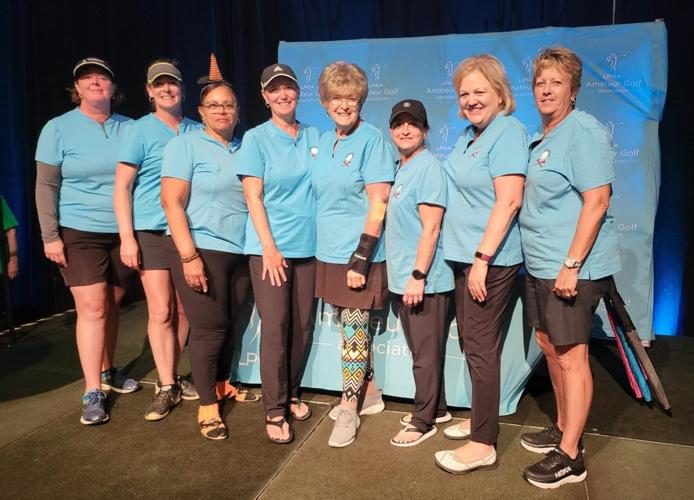 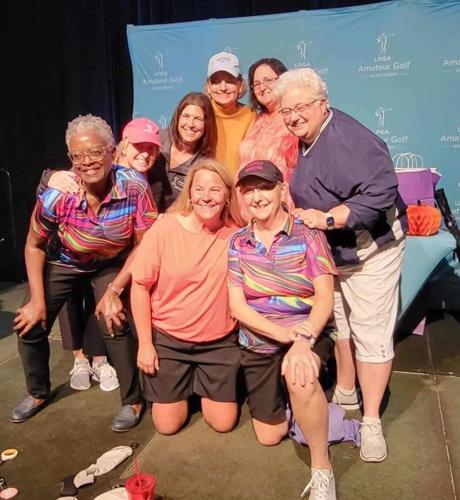 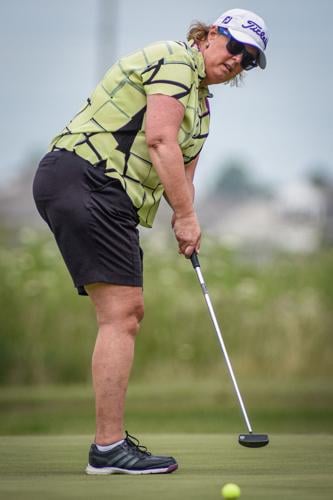 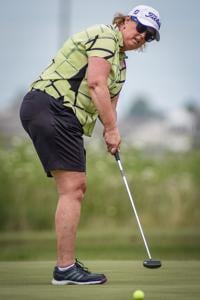 Lori Stinson was on one of the two local teams to compete recently in Horseshoe Bay, Texas.

Lori Stinson was on one of the two local teams to compete recently in Horseshoe Bay, Texas.

You may know someone who regularly plays hooky from work to squeeze in some rounds of golf.

For most of us, that’s not really an option.

The Fort Wayne chapter of the LPGA Amateur Golf Association realizes that.

“For us here locally, it’s great. It’s really geared for the working woman,” said Jana Sebele, who is the chapter’s league events director. “We have three leagues, two at Chestnut Hills and one at Autumn Ridge, and they’re all in the evening after work. So it’s really a great opportunity for those who work during the day to still be involved.”

And last weekend, two teams of eight players each from Fort Wayne competed at the LPGA Amateur Golf Association’s Cup Finals, where there were 48 teams and 384 players at Horseshoe Bay, Texas.

The LPGA Amateur Golf Association is composed of about 14,000 members in the United States and Canada. The local chapter has 136 members ranging in age from 26 to 81 and skill levels. This season, they played Mondays and Thursdays at Chestnut Hills and Wednesdays at Autumn Ridge.

There are players who have won multiple city championships, such as Lori Stinson and Michelle Smith, to players who, as Sebele said, “are just picking up a club for the first time.”

Those interested in joining, or wanting more information, should go to chapters.lpgaamateurs.com/home/chapter/INFW and, no, you don’t need a golf handicap index to join.

While the golf is, of course, a big part of the fun, there’s a lot more to being involved with the LPGA Amateur Golf Association, including the ability to network with other working women.

“Oh, networking is huge for us. We actually have networking events. Even in the winter time, we do dinner once a month, just to keep everyone together,” said Sebele, an accountant for Koontz-Wagner Construction Services. “Networking is a big thing for us. Even when we go to these national events or regional qualifiers, we meet women from other chapters and end up getting together with them. Currently, I’m getting ready to go over to Toledo to help them establish a new chapter over there. We meet new people and we stay in touch with them.”

Among the benefits the national website touts are organized golf leagues, clinics, travel experiences, free entrance to professional events of the LPGA Tour, plus discounts on apparel, equipment and greens fees.

“We actually have networking events where we have people come and it’s almost like speed dating,” Sebele said. “We rotate around and people talk about their businesses, whether they’re a Realtor or this or that, and it works out very well.”

Two of the local teams – named GoingFOREIt! and Designated Drivers – participated in the Cup Finals at the Horseshoe Bay Resort. A third local team qualified but wasn’t able to travel for the two-day competition.

There were 18 holes of four-ball play and 18 holes of match play, broken into a scoring system in which teams could accumulate up to 12 points. The Designated Drivers had 7.27 points, and GoingFOREit! earned 6.61 points. The Oregon Birdie Hunters won with 9.81.

To get to the Cup Finals, the Fort Wayne chapter participated in a qualifying event Sept. 24-25 at Gull Lake View Golf Club in Augusta, Michigan. Its teams placed third, fourth and ninth there to earn the spots for the national tournament.

This year’s dues for new members, according to the Fort Wayne chapter website, ranged from $65 to $120, though there are less-expensive virtual options that give partial benefits.