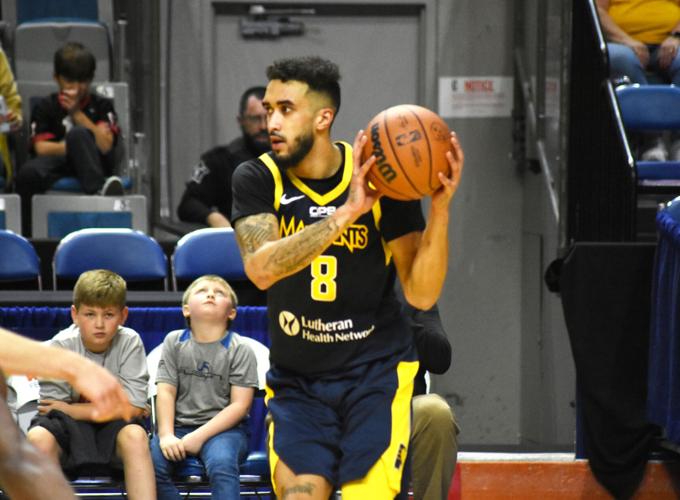 Trevelin Queen played his first game with the Mad Ants on Saturday at Memorial Coliseum against the Grand Rapids Gold. 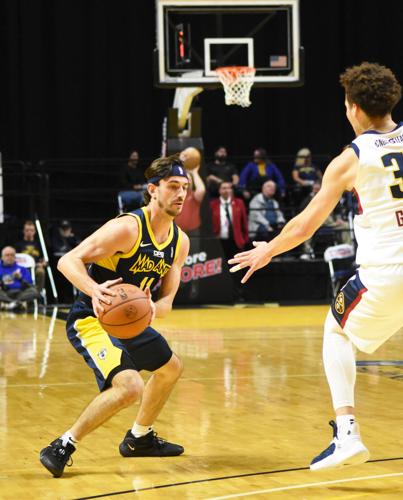 The Mad Ants' David Stockton looks to make a move against the Grand Rapids Gold's Manny Camper on Saturday at Memorial Coliseum. 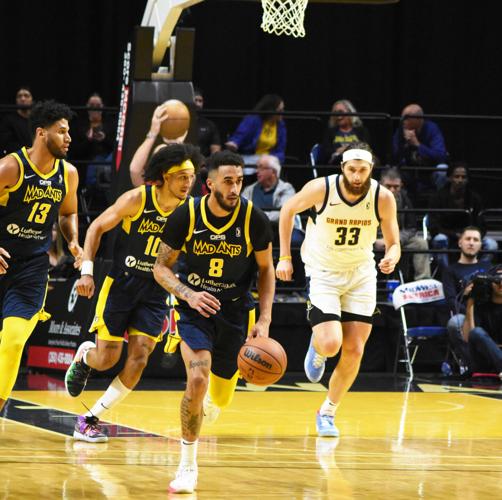 The Mad Ants’ Trevelin Queen, dribbles up the court at Memorial Coliseum on Saturday against the Grand Rapids Gold. 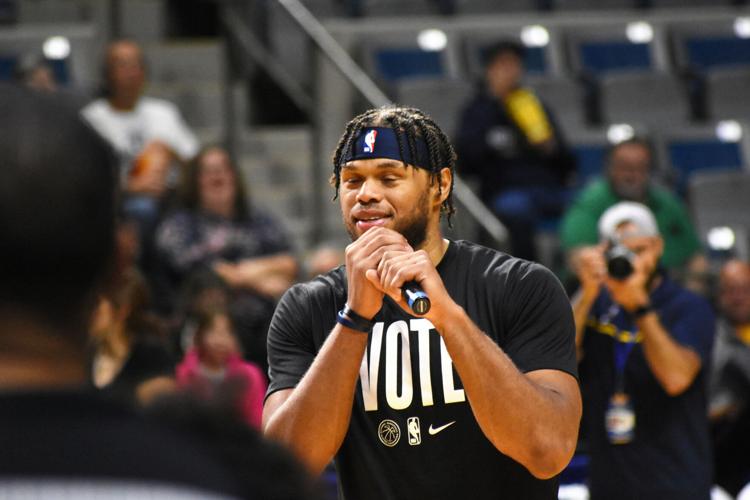 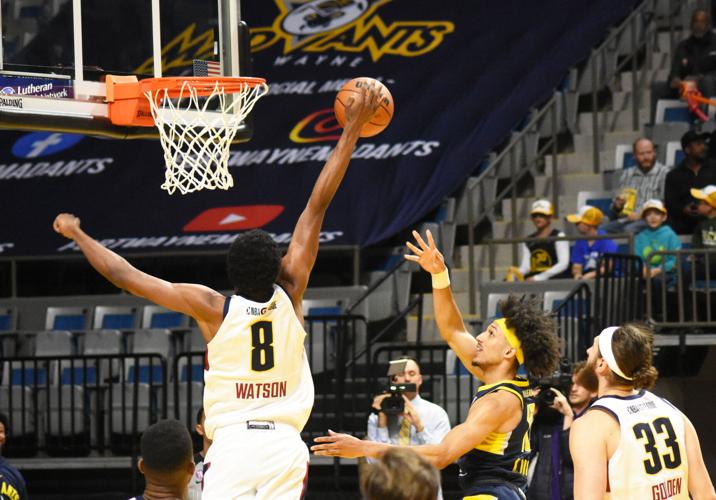 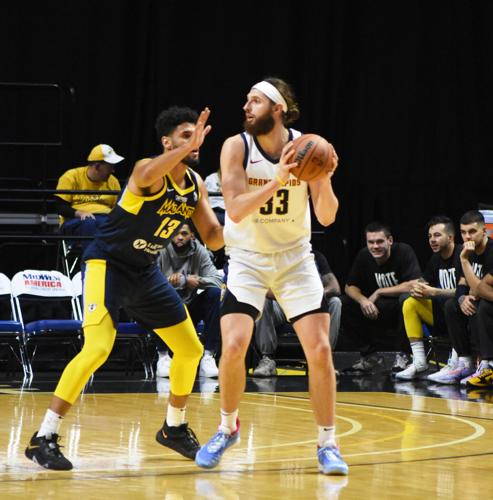 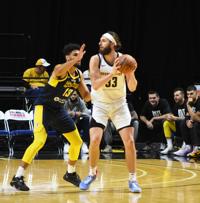 Trevelin Queen played his first game with the Mad Ants on Saturday at Memorial Coliseum against the Grand Rapids Gold.

The Mad Ants' David Stockton looks to make a move against the Grand Rapids Gold's Manny Camper on Saturday at Memorial Coliseum.

The Mad Ants’ Trevelin Queen, dribbles up the court at Memorial Coliseum on Saturday against the Grand Rapids Gold.

A cast of newcomers put on a show, seamlessly integrating into Tom Hankins’ systems in his third season as Fort Wayne’s coach, as the Mad Ants secured a 152-129 victory over the Grand Rapids Gold on Saturday in front of an announced crowd of 2,283 at Memorial Coliseum.

Trevelin Queen was as advertised in his Mad Ants debut, totaling 27 points, seven rebounds, six assists and three steals. But there were plenty of other strong showings from the new players: David Stockton had 11 points and 11 assists; Deividas Sirvydis had nine points; and rookie Kendall Brown had eight points and eight rebounds.

Queen is on a two-way contract with the Indiana Pacers, who own and operate the Mad Ants.

There are only four players who were with the Mad Ants last season: Gabe York, Bennie Boatwright, Justin Anderson and Will Voorhees.

York did his thing with 35 points on 11-of-14 shooting. Boatwright chipped in 23 points. Anderson and Voorhees combined for 24.

Queen’s biggest highlight typified the game: The Gold turned the ball over when a Cole Norris pass bounced off the head of Grant Golden at midcourt, setting up Queen for a thunderous fast-break dunk that was followed by a 3-pointer from the corner by teammate Sirvydis.

“It was an amazing energy, from the last man (on the bench) to the starters. Everybody was active today, everybody was locked in,” Queen said. “From the coaches to the players to the training staff, everybody was just so excited to get the game going. We were tired of playing against each other, we were tired of beating up on each other in practice, and we wanted to take it out on somebody else. Grand Rapids was the victim tonight.”

Grand Rapids has three players back from last season – Manny Camper, Trevon Duval and Bryce Wills – and was led by Peyton Watson’s 21 points. But Fort Wayne led by as many as 45 points.

“We tried to emphasize sharing the ball and having possessions with multiple passes, and moving the ball,” Hankins said.

“It’s going to be a lot of fun having him. You’re not going to find many more explosive scorers like him, but that’s not all he does,” Hankins said. “He’s a great defender and rebounder and, I think, an underrated passer. There were some plays tonight where our players weren’t yet used to it. He made some really good passes and they didn’t make the catch.”

Notes: Stockton is expected to miss the next three games, as he’s joining the US National Team for World Cup qualifying action. … It was the first game of the Showcase Cup portion of the campaign; the Mad Ants have 15 more to qualify for a Las Vegas tournament. The more-traditional 32-game regular season begins Dec. 27 at Gainbridge Fieldhouse against Maine.