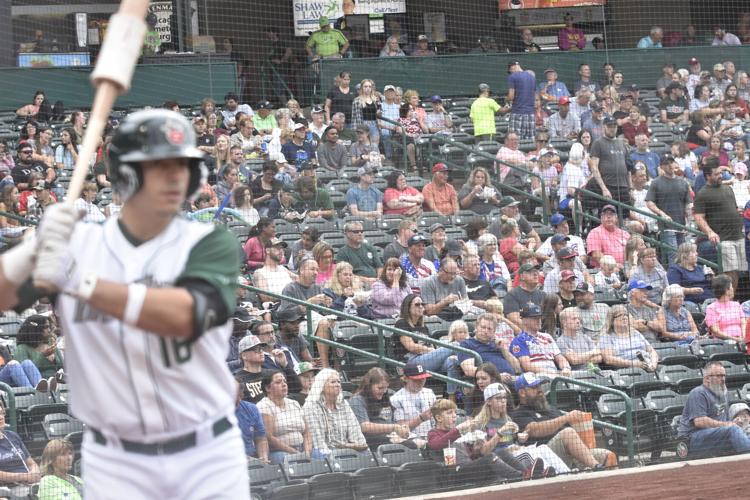 The TinCaps drew more than 5,000 fans per game to Parkview Field during their 65-game home schedule this season, third in all of A-ball. 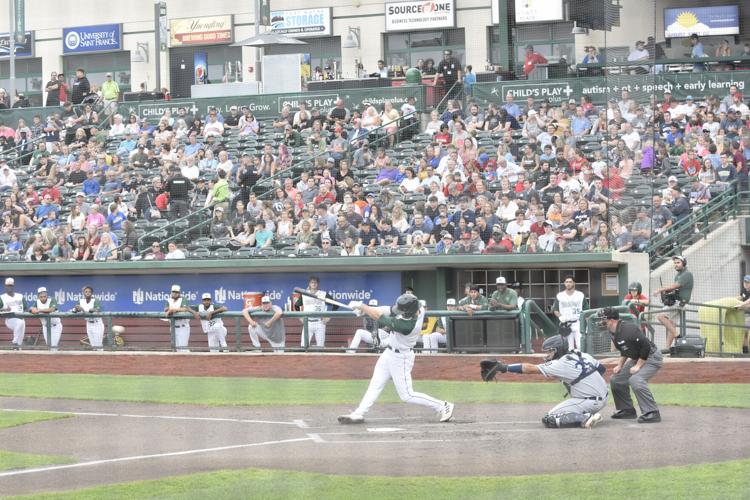 The TinCaps drew more than 5,000 fans per game to Parkview Field during their 65-game home schedule this season, third in all of A-ball (including Low-A and High-A). 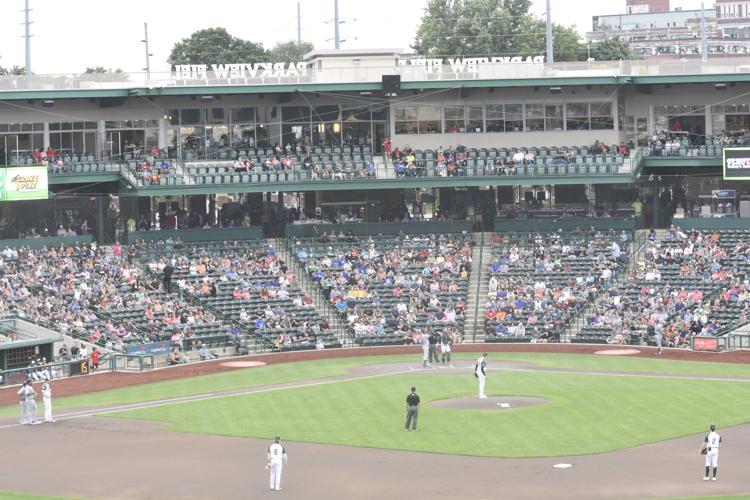 The TinCaps drew more than 5,000 fans per game to Parkview Field during their 65-game home schedule this season, fourth in all of A-ball (including Low-A and High-A).

The TinCaps drew more than 5,000 fans per game to Parkview Field during their 65-game home schedule this season, third in all of A-ball.

The TinCaps drew more than 5,000 fans per game to Parkview Field during their 65-game home schedule this season, third in all of A-ball (including Low-A and High-A).

The TinCaps drew more than 5,000 fans per game to Parkview Field during their 65-game home schedule this season, fourth in all of A-ball (including Low-A and High-A).

After drawing at least 5,300 fans per game in each of their first 11 seasons at Parkview Field, the TinCaps saw per-game attendance plummet to just 3,651 in 2021, when coronavirus pandemic-related caps on attendance for the first half of the season and lingering concern about the virus kept a chunk of fans away from the ballpark.

Attendance rebounded to near pre-pandemic levels this year, which saw the TinCaps bring in an average of between 5,000 and 5,100 fans per night. Fort Wayne’s 65-game home schedule concluded Sunday with a 9-4 loss to the West Michigan Whitecaps in front of an announced sellout crowd of 7,048, the team’s 12th sellout of the season and second in a row.

The team’s average and total attendance – the latter negatively affected by a Parkview Field-record seven rainouts or postponements this year – ranked third among the 60 teams in A-ball (Low-A and High-A), trailing only Midwest League foes Dayton and West Michigan and slightly in front of the Greenville Drive in Greenville, South Carolina. Fort Wayne, as usual, drew better than a handful of Double- and Triple-A teams, as well.

Still, in the first season of something like “normal” conditions since 2019, the team’s attendance was the second-lowest it has been since it moved into Parkview Field in 2009. Since peaking at 5,910 fans per game in 2016, attendance has declined each season if the 2021 campaign is thrown out.

“It’s not where we were at the high point, we make no excuses for anything,” TinCaps President Mike Nutter said. “I don’t think the luster’s worn off, I don’t think people are over coming downtown for games. The way people still talk about this place 14 years in, it’s clean and it looks good.”

The attendance at the end of this campaign gives the future a sunnier outlook. Fort Wayne drew 6,045 fans per game in August and September compared with 5,828 in 2019. The TinCaps finished the home slate with three straight games with an attendance greater than 7,000.

The team sold more group and hospitality tickets during the season – as opposed to in the offseason – than ever before, according to Nutter, suggesting pandemic hesitancy might have extended through the winter months but dissipated as the season wore on, leading to the larger crowds late in the year.

Though the average crowd was not quite as high as in some years past, the team’s fan base still impressed the players and was loud enough in big moments to affect games.

“When you go to away trips, there’s not very many places that can really compare to what Fort Wayne offers as far as the turnout in numbers and the fan experience as far as what everybody that works for the team provides,” said TinCaps pitcher Jackson Wolf, who was serenaded all year with wolf howls from the public address system every time he recorded a strikeout.

“When the other team can’t even relay signs to one another when they’re used to being able to just yell it, it makes a difference in the games. … I feed off that, especially when things are going well and everybody feels like they’re behind me and on my side.”

They dropped five of six to West Michigan in their final home series of the season, falling in the finale despite home runs from Josttin Diaz, his first with Fort Wayne and third of the season, and Cole Cummings, his 12th this year and sixth with the TinCaps.

Fort Wayne will miss the playoffs for the fourth consecutive season since reaching the Midwest League Championship Series in 2017. Nutter did not go as far as saying the team’s position in the cellar of the Midwest League East Division affected attendance but admitted he hears about wins and losses when talking to fans.

Fort Wayne manager Brian Esposito said he wished the fans had had more on the field about which to get excited this season.

“You always hope that you’re able to provide a much better product and record than we put out there,” Esposito said. “The biggest thing for me is that we show up in a manner that’s going to make the fans proud.”