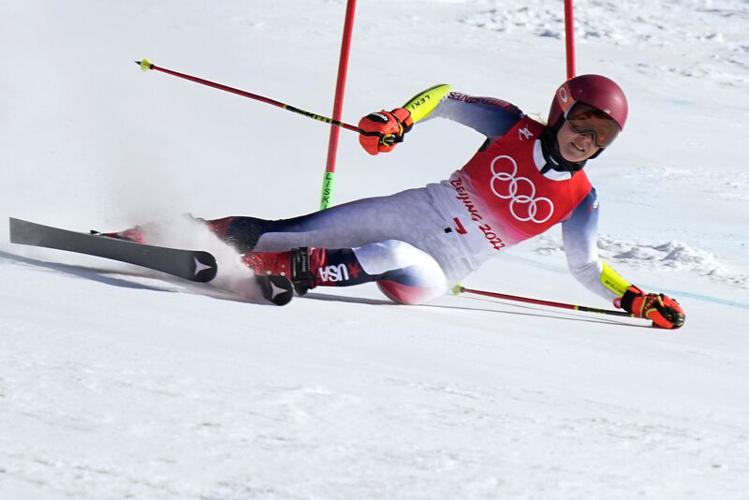 <p>Associated Press</p> <p>U.S. skier Mikaela Shiffrin loses control and skis off course during the first run of the women's giant slalom at the Winter Olympics today, resulting in her disqualification. </p> 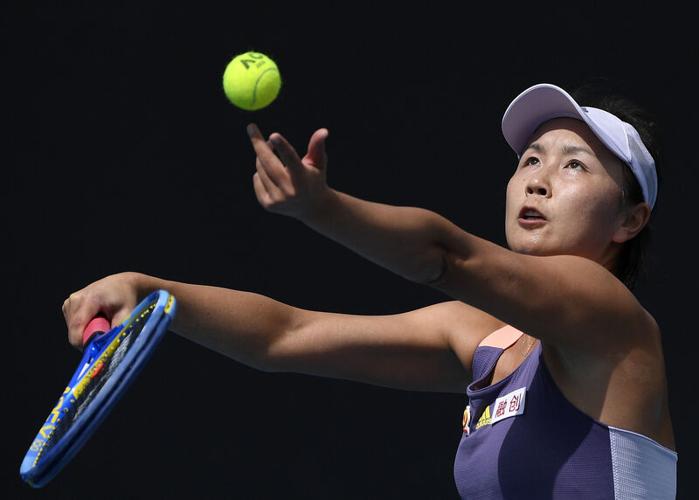 <p>Associated Press</p> <p>U.S. skier Mikaela Shiffrin loses control and skis off course during the first run of the women's giant slalom at the Winter Olympics today, resulting in her disqualification. </p>

Peng briefly disappeared from public view in November after she accused a Chinese official, former Vice Premier Zhang Gaoli, of sexual assault on her verified Weibo social media. The post was swiftly removed.

Peng told a French newspaper in an interview published today that international concern over her well-being is based on “an enormous misunderstanding.”

L’Equipe, which specializes in sports news, said it spoke to the tennis player Sunday in a Beijing hotel in an hourlong interview organized through China’s Olympic committee. The newspaper said it had to submit questions in advance and a Chinese Olympic committee official sat in on the discussion and translated her comments.

The interview with L’Equipe was her first sit-down with non-Chinese media since the accusation. But speaking to L’Equipe, Peng denied having accused Zhang of assault.

“Sexual assault? I never said that anyone made me submit to a sexual assault,” the newspaper quoted her as saying. “This post resulted in an enormous misunderstanding from the outside world. My wish is that the meaning of this post no longer be skewed.”

Defending Olympic champion Mikaela Shiffrin missed a gate early in the first run of the giant slalom today and was disqualified from the event, in which she won gold in Pyeongchang in 2018.

Coming around a left-turn gate, Shiffrin slipped and tried to right herself, but it was too late.

Eventually, she got up and stopped on the side of the hill at the course known as The Ice River, stuck her poles in the snow and put her hands on her hips.

“The day was finished basically before it even started,” said Shiffrin, who declared her early exit “a huge disappointment.” “Like you can see, anything can happen and it happens really, really quickly. I’m not going to cry about this, because that’s just wasting energy.”

The 26-year-old Shiffrin still could have a handful of chances over the next two weeks to become the first Alpine ski racer from the United States to win three Olympic golds across a career. She has said she hopes to enter all five individual events. Her next race is Wednesday’s slalom.

In a performance that confirmed her place as the gold medal-favorite at the Beijing Games, 15-year-old Kamila Valieva laid down one of the highest-scoring short programs in history. Her score of 90.18 points late Sunday thrust the heavily favored Russian team in front of the Americans and into the lead after the second of three days of competition in the team event.

Valieva opened with a clean triple axel and an effortless triple flip before a triple lutz-triple toe loop combination that pushed her score to just off her world record of 90.45 set at last month’s European championships.

The United States turned in a dominating 8-0 win over Switzerland on Sunday in its final tuneup before a Group A showdown against Canada on Tuesday, which will be a matchup of the gold and silver medalists from the Pyeongchang Games in 2018. The Americans won the gold that year with a 3-2 victory in the final.

Against the Swiss, Hilary Knight scored two first-period goals, Alex Cavallini stopped 12 shots, and the Americans (3-0) led 4-0 at the 16:15 mark of the first period.